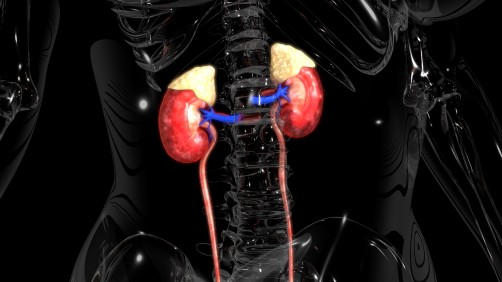 Newswise — A novel treatment offers kidney failure and kidney transplant patients with a rare disorder new hope. The treatment allows targeted elimination of plasma cell clones producing abnormal proteins that deposits in the kidneys and leads to kidney failure, according to new research.

This is the first time this new approach has been used successfully anywhere in the world for the disorder, known as Monclonal Gammopathy of Renal Significance.  This finding opens the door for additional research, say the researchers from the Intermountain Medical Center Kidney Transplantation Program in Salt Lake City.

Researchers presented results of the case study during the American Transplant Congress’ annual conference in Chicago this week. Their research was awarded a Poster of Distinction Award from the Congress.

In patients with the disorder, monoclonal plasma cells in the bone marrow create an abnormal protein that’s deposited in the kidney and causes inflammation that impacts the organ’s ability to function. If left untreated, the kidneys will eventually fail.

Unfortunately, a kidney transplant doesn’t fix the problem, because the continued presence of the abnormal proteins will eventually destroy the new kidney. A compromised immune system following transplantation surgery makes the patient even more vulnerable to adverse effects, which leaves the patient with only one option: a lifetime of dialysis.

“Conventional therapies used to treat MGRS don’t always work, which leaves the patient with few options,” said Sanjiv Anand, MD, MS, transplant nephrologist with the Intermountain Medical Center Kidney Transplantation Program, and lead author of the study. “After trying all the conventional therapies with our patient, we decided to go one step further and move forward with an off-label use of a relatively new drug called Daratumumab.”

In the case report, a 65-year-old man with end-stage renal disease was transplanted with a new kidney. Six months after the transplant, he had worsening kidney function and high levels of protein in his urine. A kidney biopsy showed development of a subtype of MGRS- Proliferative Glomerulonephritis with Monoclonal Immune Deposits, so doctors tried using the two conventional approaches, but observed no response.

The patient was then put on Daratumumab, a medication approved last year for treating multiple myeloma, or high levels of monoclonal plasma cell populations found in bone marrow. Daratumumab targets the plasma cell clones in the bone marrow that produce the abnormal protein.

“Dr. Anand's work demonstrates the efficacy of Daratumumab in the setting of PGNMID,” added Titte Srinivas, MD, FAST, medical director of the Intermountain Medical Center Kidney Transplantation Program. “The ability of Daratumumab to directly target plasma cells affords a new way to treat plasma cell disorders with a positive impact on kidney function with minimal off-target effects. This novel way of impacting plasma cells allows us to specifically treat the problem and get him back to doing what he loves without having to spend hours a week in a dialysis center.”

The team is now extending these observations to the treatment of antibody mediated rejection in kidney transplant and MGRS patients where current therapies are lacking in sustainable efficacy.