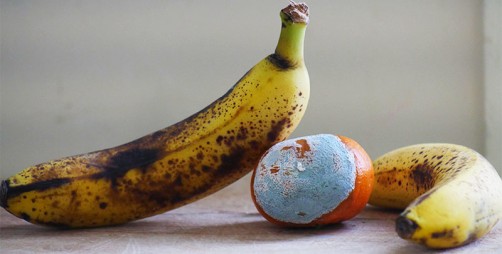 U.S. consumers waste nearly a pound of food per person each day, but the exact amount of food we trash differs by how healthy your diet is, a new national study finds. 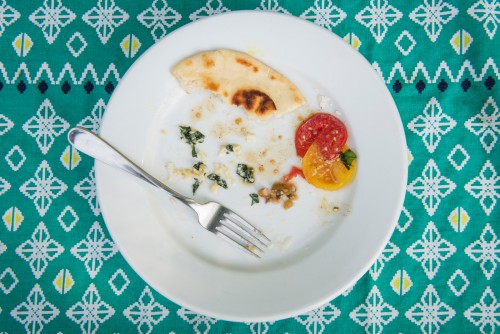 A national study of U.S. consumers finds that fruit, vegetables and mixed fruit and vegetable dishes end up as food waste more than other types of food. The study suggests people need better strategies for reducing food waste, especially those pursuing healthy diets.

Newswise — Americans waste nearly a pound of food per person each day, but the exact amount of food we trash differs by how healthy your diet is, a new University of Vermont co-authored national study finds.

Between 2007-2014, U.S. consumers wasted nearly 150,000 tons of food per day – nearly a pound (422 grams) of food per person each day. Researchers estimate that food waste corresponded with the use of 30 million acres of land annually (7 percent of total US cropland) and 4.2 trillion gallons of irrigation water each year.

According to the study, published today in PLOS ONE, the amount of wasted food equals roughly 30 percent of the average daily calories consumed for every American, or more than 320 million people.

While most people want to eat better – by putting more fruit and vegetables on their plates – the study found that higher quality diets were associated with higher levels of food waste.

The study, by researchers at USDA’s Agricultural Research Service, University of Vermont and University of New Hampshire, is the first to explore the links between diet quality, food waste and environment impacts.

“Higher quality diets have greater amounts of fruits and vegetables, which are being wasted in greater quantities than other food,” says co-author Meredith Niles, a University of Vermont assistant professor. “Eating healthy is important, and brings many benefits, but as we pursue these diets, we must think much more consciously about food waste.”

The study also found that healthier diets used less cropland than lower quality diets, but led to greater waste in irrigation water and pesticides, which are used at higher rates on average for growing fruits and vegetables.

“Most existing research has looked at greenhouse gas emissions or land use and its link with different diets,” says Niles, a researcher at UVM’s Gund Institute for Environment and Department of Nutrition and Food Sciences. “This study is the first to consider food waste as another important component of varying diet outcomes.”

The researchers estimated that consumer food waste corresponded to harvests produced with the use of 780 million pounds of pesticide and 1.8 billion pounds of nitrogen fertilizer, annually. Both represent significant costs to the environment and the farmers who dedicate land and resources to producing food that’s meant to be eaten.

Researchers say education on preparing and storing fresh fruits and vegetables, and knowing the difference between abrasion and spoilage, is critical. Other policy efforts underway range from revising sell-by dates and labels for consistency, food planning and preparation education.

Niles highlights efforts to reduce food waste, including French grocer Intermarché’s “inglorious fruits and vegetables” campaign, which promotes the cooking of “the disfigured eggplant,” “the ugly carrot,” and other healthy, but otherwise superficially damaged produce.

“Food waste is an issue that plays out at many different levels. Looking at them holistically will become increasingly important to finding sustainable ways of meeting the needs of a growing world population,” says lead author Zach Conrad at the ARS Grand Forks Human Nutrition Research Center, Grand Forks, North Dakota.

To investigate the impact of diet quality on food waste and environmental sustainability, researchers collected data on food intake and diet quality from the 2015 Healthy Eating Index and USDA’s What We Eat in America (WWEIA) database, and available food waste data.

While low quality diets may produce less food waste, they come with a range of negative impacts, researchers say. This includes low nutritional value and higher rates of cropland wasted.

The study notes that several countries, including Brazil, Germany, Sweden, and Qatar, have adopted dietary guidelines that incorporate environmental sustainability, but none include food waste as a factor.

UVM co-authors include Eric Roy, a Gund Fellow from the Rubenstein School of Environment and Natural Resources, and Deb Neher, a Gund Affiliate from the College of Agriculture and Life Sciences. 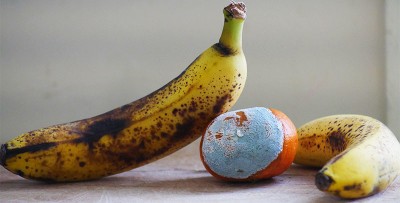 Caption: U.S. consumers waste nearly a pound of food per person each day, but the exact amount of food we trash differs by how healthy your diet is, a new national study finds. 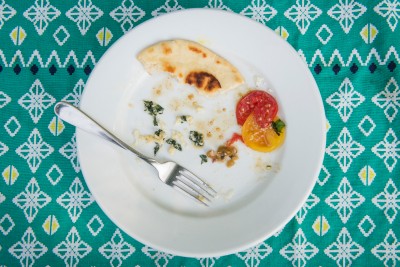