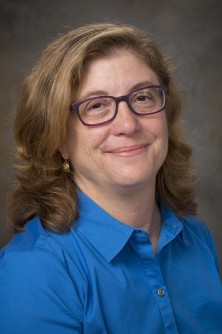 Newswise — Congratulations to MB&B Professor Susan Baserga! Selected as a finalist for the 2017 Connecticut Technology Council Women of Innovation® program (http://www.ct.org/signature-event/women-of-innovation/), which recognizes women accomplished in science, technology, engineering, math and those who are involved in their community.

Dr. Baserga is Professor of Molecular Biophysics and Biochemistry, of Genetics and of Therapeutic Radiology at Yale School of Medicine. Through her studies, we have discovered and characterized several unique protein motifs and their specific roles in rRNA processing. Baserga has a long-standing interest in fundamental aspects of ribosome biogenesis, the nucleolus, human diseases of making ribosomes (ribosomopathies), and on the impact of ribosome biogenesis on cell growth, cell division, and cancer. Her work established the SSU processome as the large ribonucleoprotein required for processing and assembly of the small ribosomal subunit, and has continued to study the 17 new proteins that were first described in the Nature 2002 report to define their role in making ribosomes as part of a large RNA--‐protein complex.