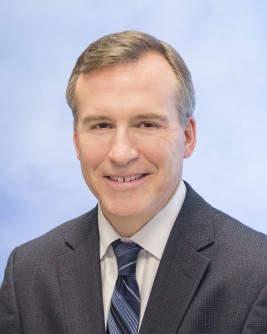 His work includes nationally recognized advances in liver transplantation, laparoscopic liver surgery, and surgery requiring expertise in bile duct and hepatic vascular resection and reconstruction. His clinical expertise has been deepened by investigative work into new treatments for cholangiocarcinoma and hepatocellular carcinoma. Welling also is studying the role of the immune system and cancer stem cells on liver cancer development and progression. His investigative work has been consistently supported by the National Institutes of Health.

At Perlmutter Cancer Center, Welling will lead a strong team that has already made important strides in refining clinical practices to treat primary liver cancer, hepatic metastases (e.g., from colorectal cancer) and will help recruit additional investigators and clinicians. His appointment also complements important programmatic and research efforts already underway through NYU Langone’s Transplant Institute, whose specialists will work collaboratively with the Liver Cancer Program to foster a team approach in personalized and comprehensive commitment to patient care.

Liver cancer is one of the most common forms of cancer worldwide, with particularly high rates among people of African and Asian heritage. The American Cancer Society estimated that close to 30,000 new cases of liver cancer were diagnosed in the U.S. in 2016.

“Like many malignancies, symptoms of liver cancer do not appear in early stages, so it tends to be diagnosed when it is more advanced and less likely to be cured,” says Benjamin G. Neel, MD, PhD, director of Perlmutter Cancer Center. “Our goal is to help change the course of this disease, develop better ways to identify it early and improve patient outcomes. We are confident that under Dr. Welling’s leadership our liver cancer program can make major advances.”

His published studies have appeared in leading peer-reviewed journals, including Lancet, Cancer Research, Gastroenterology and Hepatology, among others. He also has authored many book chapters and review articles, and has lectured extensively both nationally and internationally.

Welling is a member of several professional societies and has served or currently serves on many committees associated with these organizations. He also has received several awards and commendations from his peers for his commitment to clinical care, education and research.

”I am extremely excited to have the opportunity to lead such an innovative clinical and translational Liver Tumor Program designed to advance therapies for hepatic malignancies,” Welling says. “The vision and leadership of NYU Langone and its Perlmutter Cancer Center has led to the creation of an excellent team of health care providers and researchers to help accomplish this mission.”