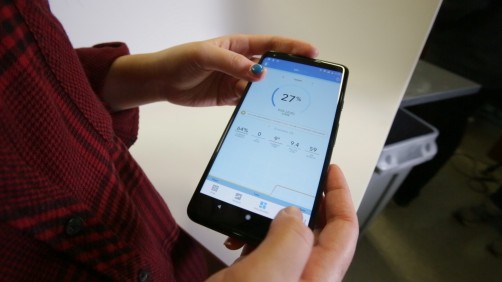 UV Sense, wearable technology that sticks to the finger nail, measures UV exposure and sends safety information to an app. 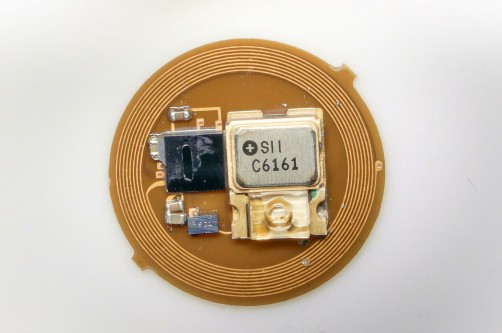 UV Sense does not require charging or batteries, and the device can be customized with colorful gel coatings and logos.

Newswise — EVANSTON - A Northwestern University professor, working in conjunction with the global beauty company L’Oréal, has developed the smallest wearable device in the world. The wafer-thin, feather-light sensor can fit on a fingernail and precisely measures a person’s exposure to UV light from the sun.

The device, as light as a raindrop and smaller in circumference than an M&M, is powered by the sun and contains the world’s most sophisticated and accurate UV dosimeter. It was unveiled Sunday, Jan. 7, at the 2018 Consumer Electronics Show in Las Vegas and will be called UV Sense.

“We think it provides the most convenient, most accurate way for people to measure sun exposure in a quantitative manner,” said Northwestern engineer John A. Rogers. “The broader goal is to provide a technology platform that can save lives and reduce skin cancers by allowing individuals, on a personalized level, to modulate their exposure to the sun.”

UV Sense has no moving parts, no battery, is waterproof and can be attached to almost any part of the body or clothing, where it continuously measures UV exposure in a unique accumulation mode.

Rogers said the device, created in a partnership with L’Oréal, is meant to stick on a thumbnail -- a stable, rigid surface that ensures robust device adherence. It’s also an optimal location to measure exposure to the sun.

“It is orders of magnitude smaller than anything else out there,” Rogers said. “It also is one of the few sensors that directly measures the most harmful UV rays. Further, it simultaneously records body temperature, which is also very important in the context of sun exposure.”

Users need only to download an app on their smartphone, then swipe the phone over the device to see their exposure to the sun, either for that day or over time. The app can suggest other, less UV-intense times for outdoor activities or give peace of mind to individuals who are concerned about overexposure.

Roger’s research group at Northwestern, in collaboration with Robinson and researchers at Feinberg, have received a roughly $2 million grant from the National Institutes of Health to deploy the fingernail UV sensors in human clinical studies of sun exposure in cohorts of subjects who are at risk for melanoma. The first pre-pilot field trials launched in December.

“Sunlight is the most potent known carcinogen,” Rogers said. “It’s responsible for more cancers than any other carcinogen known to man, and it’s everywhere -- even in Chicago.”

On average, half the U.S. population experiences a sunburn once a year or more, he said, and there are more than a million melanoma survivors in the U.S. alone.

“With this knowledge, we set out to create something that blends problem-solving technology with human-centered design to reach even more consumers who require additional information about their UV exposure,” Balooch said. “Whenever we develop a new technology, our goal is to make an enormous global impact by enhancing consumers’ lives.”

Rogers said the aesthetic design features of UV Sense are also important because they can help break down barriers to adoption. The device can be produced in any color with any pattern, logo or branding.

Last year, Rogers’ cutting-edge invention, the “Microfluidic System on the Skin,” was selected as an exhibit at New York’s Museum of Modern Art. As the Rogers Lab at Northwestern continues to develop new products, Rogers believes the technology his team developed will have other applications that can help consumers better monitor their health.

“What also excites me is that there’s novelty at the level of the academic science,” said Rogers, the Louis Simpson and Kimberly Querrey Professor of Materials Science and Engineering, Biomedical Engineering and Neurological Surgery in the McCormick School of Engineering and Northwestern University Feinberg School of Medicine. “The resulting technology has strong potential for positive impact on human health.”