A high alpine landscape in Glacier Peak Wilderness in Washington state. This is an example of an area that likely will be important for plant and animal species as the climate warms. 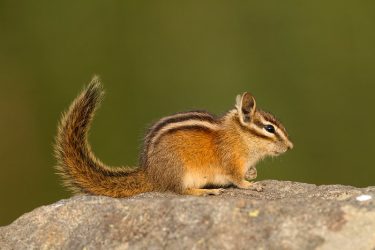 The Townsend’s chipmunk is found throughout the Pacific Northwest and was included in the research team’s analysis. 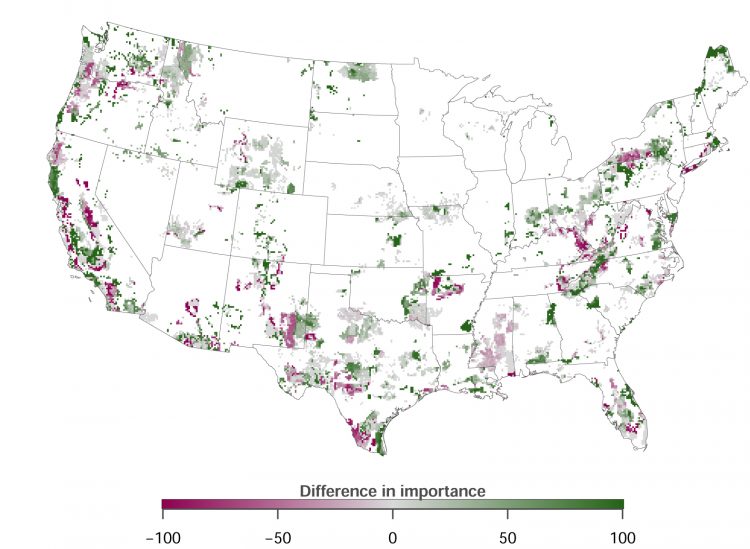 Newswise — All plants and animals need suitable conditions to survive. That means a certain amount of light, a tolerable temperature range, and access to sources of food, water and shelter.

Many of the existing efforts to protect plant and animal species across the United States rely on information about where these species currently live. For example, if a rare bird species such as the snowy plover is found in a specific location along the Washington coast, conservationists try to protect it from human development where it lives.

But as climate change disrupts the status quo, most animals and plants will need to move to cooler or otherwise more suitable environments to survive. How does this affect efforts to protect biodiversity?

A new study by the University of Washington and The Evergreen State College analyzes whether accounting for climate change in conservation planning can protect future biodiversity more effectively than current approaches, and what the costs of implementing these solutions might be. The authors found that many species of animals and plants likely will need to migrate under climate change, and that conservation efforts will also need to shift to be effective. The paper published Jan. 27 in the journal Philosophical Transactions of the Royal Society B.

"We are going to need to protect different places if we want to protect biodiversity in the future," said lead author Joshua Lawler, a UW professor in the School of Environmental and Forest Sciences. "We need to think about where species will go as the climate changes, and then plan for that. The business-as-usual planning process isn’t going to work."

The research team looked at 1,460 different species of plants, birds, mammals, reptiles and amphibians across the continental U.S., considering whether current and potential future protected habitats are suitable for each species. The team found that unless climate change impacts are considered explicitly, 14% of the species would not have a viable place to live under climate change. This is because current protections focus on where species are today, not where they will need to be in the future as temperatures warm.

"Our findings show that species are going to shift around, and we are going to have to put some of our conservation efforts in different places — and that will come at a cost," Lawler said.

For the past two decades, researchers have been trying to figure out how conservation planning can account for species moving under climate change. This research team considered three proposed suggestions for how to accomplish this, analyzing the potential costs and effectiveness associated with implementing each one.

With climate change advancing, there's an urgent need to devise plans — and implement them by protecting important landscapes, the researchers said.

"Climate change effects that were originally projected to be decades in the future are starting to become apparent in the present day. This is not an abstract concept anymore," said co-author John Withey, a professor at Evergreen. "We need to take action as soon as possible, thinking about where species may need to go under climate change, and providing corridors through which they can move."

The researchers first looked at costs and efforts associated with selecting specific plants and animals, then protecting land where they are now and where they will likely need to live in the future. Modeling this information for species such as the Townsend's chipmunk, western rattlesnake and yellow-billed magpie, they found it would cost about 60% more than solely protecting their current habitats.

Then they looked at more general approaches, considering costs to protect landscapes with rare or disappearing climatic conditions that are likely to provide refuge for rare species as the climate changes. Many of these sites are at higher elevations, such as alpine meadows. They also factored in "climate corridors" that would potentially allow species to move safely to new locations.

Protecting these sites won't cost much more, the authors found, likely because many of the landscapes identified as important under climate change are already located in protected national parks, wilderness areas, fish and wildfire refuges and private conservation areas from land trusts.

"It was encouraging to see that there were some climate-based solutions that didn't increase the cost substantially," said co-author Julia Michalak, a UW research scientist in the School of Environmental and Forest Sciences.

The authors hope this analysis will be helpful for land trusts to determine which areas should be considered high priority for conservation. While their study highlights parts of the country that will need more conservation attention under climate change, they caution that the paper isn't intended to help pinpoint specific new parks to protect.

"This paper is pointing out that we might be missing opportunities or places where conservation is going to be needed in the face of climate change," Withey said. "Another hope is that we can start capturing places that would protect species and would allow species to move without increasing our costs too much."

This research was funded by the David and Lucile Packard Foundation, the National Science Foundation and the Wilburforce Foundation.

Caption: A high alpine landscape in Glacier Peak Wilderness in Washington state. This is an example of an area that likely will be important for plant and animal species as the climate warms.

Caption: The Townsend’s chipmunk is found throughout the Pacific Northwest and was included in the research team’s analysis.

Philosophical Transactions of the Royal Society B, Jan-2020