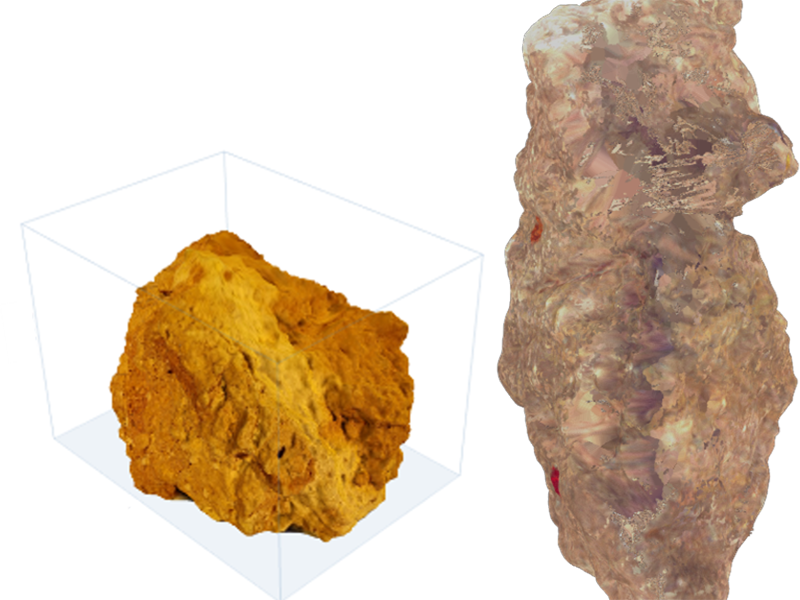 Examples of 3D renders derived from photogrammetry (left) and 3D laser scanning (right). The photogrammetry resulted in a render with the highest resolution. Credit 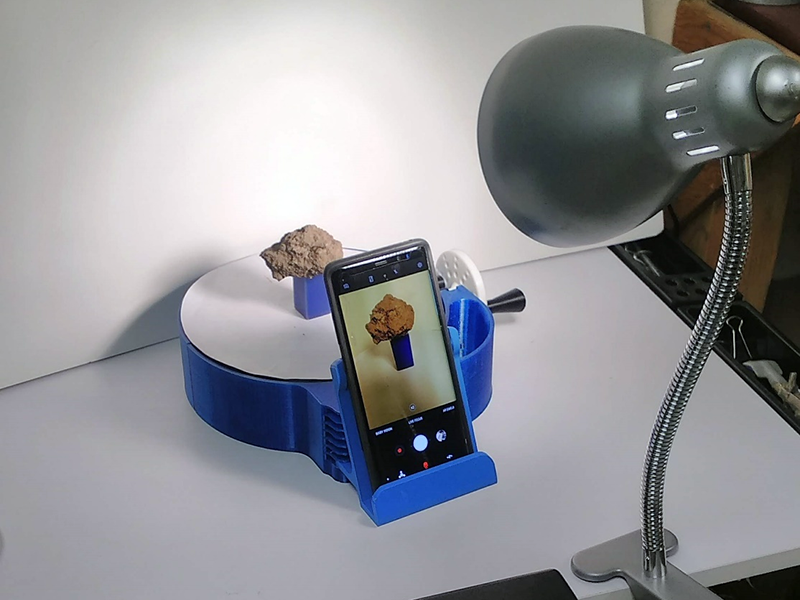 Experimental set up showing soil sample on a 3D-printed turntable with cell phone. A light provides consistent illumination while a white background and white turntable top reduce background influence. The soil sample is rotated on the turn table while taking an image every one fourth rotation. 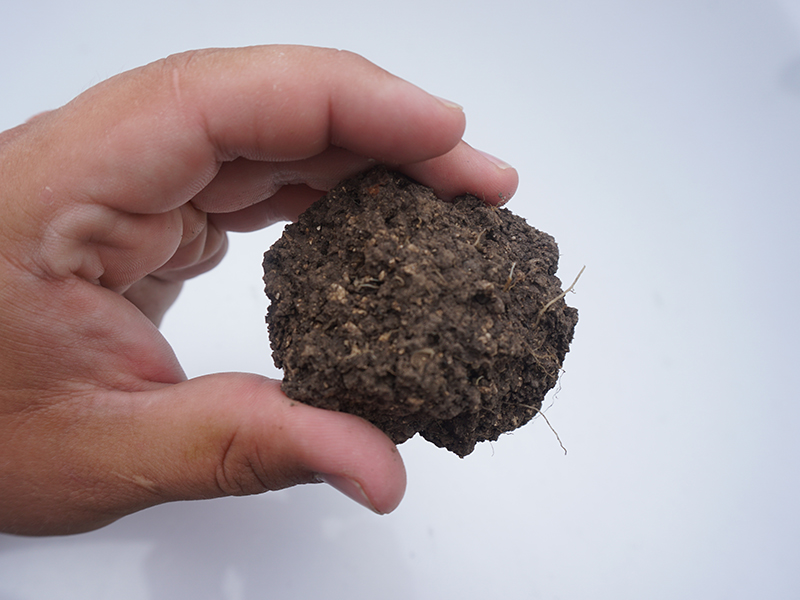 Scientists can now use mobile imagery and an app to determine bulk density of soil more easily.

Newswise — August 5, 2020 - Seemingly everyone has a smartphone in their pocket, and we find new uses for them every day. They can help us avoid traffic jams or connect us to family from afar. They can even translate languages on the fly.

Now, scientists have figured out a new trick. Using a regular smartphone camera and some 3D-printed tools, they’ve developed an easier way to measure soil density. With the volume and weight of soil samples, scientists can compare the nutrient or carbon stocks in soils so we better manage them. With their new system, they cheaply reproduced expensive, time-consuming methods that require lasers or messy wax.

“The new approach could allow scientists around the world to speed up their work with tools they already have or can easily acquire,” says Colby Brungard. Brungard is a researcher at New Mexico State University.

Measuring soil density is simple in principle, but hard in the real world. To determine density, scientists need the weight, or mass, of a clump of soil, along with the volume. Determining weight just requires a scale. But determining the volume of soil clumps – called peds - is traditionally a much more difficult task.

The original method to measure the volume carefully coated the soil ped in wax and then placed it in water. Messy. Three-dimensional laser scanning has emerged as an alternative, but it’s pricey and time-consuming.

With these challenges in mind, Brungard was casting about for a better method. Based on a colleague’s work, he knew photographs could be used to measure volume. So, he figured all he needed were photos from the right angles and a scale. Brungard decided to pitch the idea of creating a mobile app to students during a guest lecture.

“When I gave the guest lecture, I explained my idea and asked the undergraduate students if any of them had an interest in taking on the project,” says Brungard. “Michael Whiting, a student in the class and the lead author of the paper, volunteered and did the research.”

The team turned to modern conveniences. They knew that smartphones had cameras good enough to take high-resolution photos of a soil ped. To get a consistent view of the entire soil sample, they used a 3D printer to create a tiny turntable just a few inches across. The turntable had a cradle for the phone, to keep it still. And it had a simple crank allowing it to be turned by hand while the phone grabbed multiple pictures.

The scientists uploaded the pictures to a program that could stich them together into a 3D image, which gave a measure of the volume. When they compared the smartphone system to the old standbys of laser-scanning or wax-dipping, the final measurements were nearly identical. That accuracy proved true across five different types of soil peds.

The smartphone system was fast, too. It took just 15 minutes per sample, while a laser scan can take an hour and a half. But there was downtime while the computer program analyzed the images, a computationally intensive task. Nonetheless, the method was simple, fast, cheap and accurate. A win-win-win-win.

“The photogrammetry method doesn’t involve any complicated or expensive equipment like traditional 3D laser scanners as even low-budget cell phones likely have cameras that are adequate,” says Brungard. “Others can quickly replicate this because of the high functionality of cell phones.” Plus, plans for the 3D turntable are available online.

Thanks to these widely available tools, other scientists can use smartphones they probably already have and simple 3D printing blueprints to start analyzing this important soil property right away. All with the power they already carry in their pocket.

Caption: Examples of 3D renders derived from photogrammetry (left) and 3D laser scanning (right). The photogrammetry resulted in a render with the highest resolution. Credit

Caption: Experimental set up showing soil sample on a 3D-printed turntable with cell phone. A light provides consistent illumination while a white background and white turntable top reduce background influence. The soil sample is rotated on the turn table while taking an image every one fourth rotation.

Caption: Scientists can now use mobile imagery and an app to determine bulk density of soil more easily.