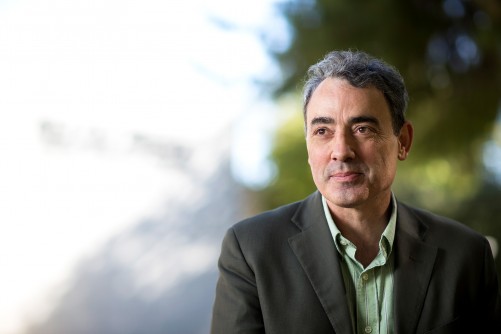 Former NASA scientitst Francis (Frank) Cucinotta is a professor for the department of health physics and diagnostic sciences within the School of Allied Health Sciences.

Newswise — The cancer risk for a human mission to Mars has effectively doubled following a UNLV study predicting a dramatic increase in the disease for astronauts traveling to the red planet or on long-term missions outside the protection of Earth’s magnetic field.

The findings appeared in the May issue of Scientific Reports and were presented by UNLV scientist Francis Cucinotta, a leading scholar on radiation and space physics.

Previous studies have shown the health risks from galactic cosmic ray exposure to astronauts include cancer, central nervous system effects, cataracts, circulatory diseases and acute radiation syndromes. Cosmic rays, such as iron and titanium atoms, heavily damage the cells they traverse because of their very high rates of ionization.

Conventional risk models used by NASA and others assume DNA damage and mutation are the cause of radiation cancers. This is based on studies at high doses where all cells are traversed by heavy ions one or more times within much shorter-time periods than will occur during space missions.

“Exploring Mars will require missions of 900 days or longer and includes more than one year in deep space where exposures to all energies of galactic cosmic ray heavy ions are unavoidable,” Cucinotta explained. “Current levels of radiation shielding would, at best, modestly decrease the exposure risks.”

In these new findings, a non-targeted effect model – where cancer risk arises in bystander cells close to heavily damaged cells – is shown to lead to a two-fold or more increase in cancer risk compared to the conventional risk model for a Mars mission.

“Galactic cosmic ray exposure can devastate a cell’s nucleus and cause mutations that can result in cancers,” Cucinotta explained. “We learned the damaged cells send signals to the surrounding, unaffected cells and likely modify the tissues’ microenvironments. Those signals seem to inspire the healthy cells to mutate, thereby causing additional tumors or cancers.”

Cucinotta said the findings show a tremendous need for additional studies focused on cosmic ray exposures to tissues that dominate human cancer risks, and that these should begin prior to long-term space missions outside the Earth’s geomagnetic sphere.