Could save billions in health care costs and improve antibiotic stewardship

Dr. Rupp talks about the importance of reducing contamination of blood tests. “Study.mp3” 20 seconds “I think this is a very important study. It demonstrates through the use of this innovative device we’re able to decrease the rate of contamination of blood cultures by 90 percent. Now, this is a huge impact because we have about 30 million blood cultures that are done throughout the United States every year.”

Dr. Rupp talks about the negative effects of contamination in a blood test that indicates false infection. “NegativeEffects.mp3” 14 seconds “When a contamination occurs, about half the time the patient gets started on antibiotics that are unnecessary and then that subjects the patient to all those toxicities and side effects of the antibiotics that they don’t need plus it costs money.” 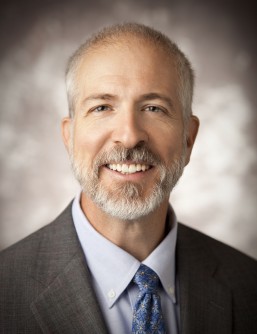 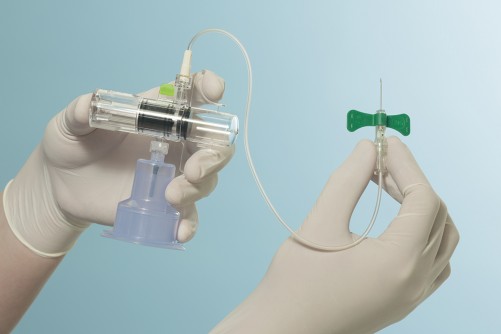 Newswise — A study at the University of Nebraska Medical Center (UNMC) found that a novel device can significantly reduce contamination of blood cultures, potentially reducing risky overtreatment and unnecessary use of antibiotics for many patients. This approach could also substantially reduce healthcare costs, according to the study.

Thousands of U.S. patients get their blood drawn every day for blood cultures in order to diagnose serious infections such as sepsis, which can be a deadly condition. A small but significant percentage of the blood cultures are contaminated, due in part to skin fragments containing bacteria that are dislodged during a blood draw.

This leads to false results that can mislead clinicians into thinking a patient has a potentially serious bloodstream infection. The consequences are costly and put patients at risk.

Lead author of the study was Mark Rupp, M.D., professor and chief of the UNMC Division of Infectious Diseases and medical director of the Department of Infection Control & Epidemiology at Nebraska Medicine, UNMC’s hospital partner.

With traditional blood draws, about 30 to 40 percent of patients with contaminated blood cultures are prescribed antibiotics unnecessarily. This contributes to antibiotic resistance and undermines nationwide efforts to improve antimicrobial stewardship. A large number of patients get another, unnecessary blood draw. For many patients the risks include an extended hospital stay and potential side effects of antibiotics.

“A lot of people think this is a minor problem,” said Dr. Rupp, who conducted the study in Omaha. “However, contaminated blood cultures are a big deal. Physicians can be led astray and patients may be harmed by additional tests and unnecessary antimicrobial therapy.”

The prospective, controlled study, conducted with 904 patients and 1,808 blood cultures, compared standard procedures to the SteriPath initial specimen diversion device (ISDD) to determine whether blood culture contamination was reduced. The ISDD is a sterile blood collection system that diverts and sequesters the first 1.5 to 2 milliliters of blood – which often carries contaminating skin cells and microbes. This part of the blood is discarded.

Blood culture contamination was significantly reduced through use of the ISDD.

“We were able to decrease the false positive rate significantly through use of this device – from 1.78 percent down to 0.2 percent, which represents an 88 percent reduction,” Dr. Rupp said. “The 1.78 percent baseline rate of contamination may seem small, but we should strive to decrease adverse events to the lowest possible level because of the impact to the patient and the burden to our healthcare system. We quite clearly showed the rate of contamination was significantly reduced, and that decrease has a very big impact.”

Costs associated with blood culture contamination per patient case ranged from $1,000 in 1998 to $8,700 in 2009. A more recent study in the United States observed excess charges of $8,720 per contamination event.

“If a midpoint cost estimate of $4,850 is used, and the added cost of the device is not taken into account, it equates to a cost avoidance of $1.8 million per year at our institution alone,” Dr. Rupp said. “If the low rate of contamination that we observed in the study, 0.22 percent, was applied to all blood cultures throughout the country, billions of dollars of excess costs could be avoided.”

A culture of blood is performed in patients with a serious infection and a reasonable likelihood there is bacteria in the bloodstream. If the blood culture is positive (microorganisms are detected) the clinician is notified. But a contaminated blood culture with a false positive can mislead a clinician into thinking the patient has bacteria in the blood. That may result in the patient’s being put on antibiotics unnecessarily, or being switched to an antibiotic that may not cover the actual infection.

“What is important about this device is it can greatly limit the blood culture from being contaminated, so physicians are rarely fooled by false-positive results. It gives clinicians confidence that results are accurate,” Dr. Rupp said.

The study was supported by Magnolia Medical Technologies, Inc., through a research contract. 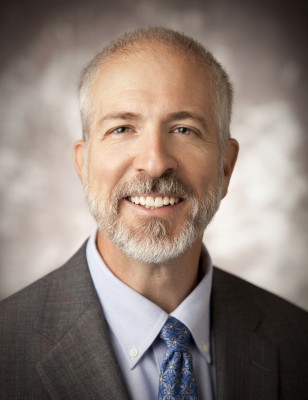 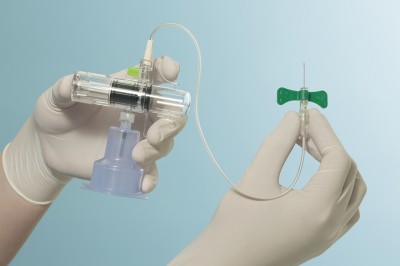 Caption: Photo of the SteriPath.