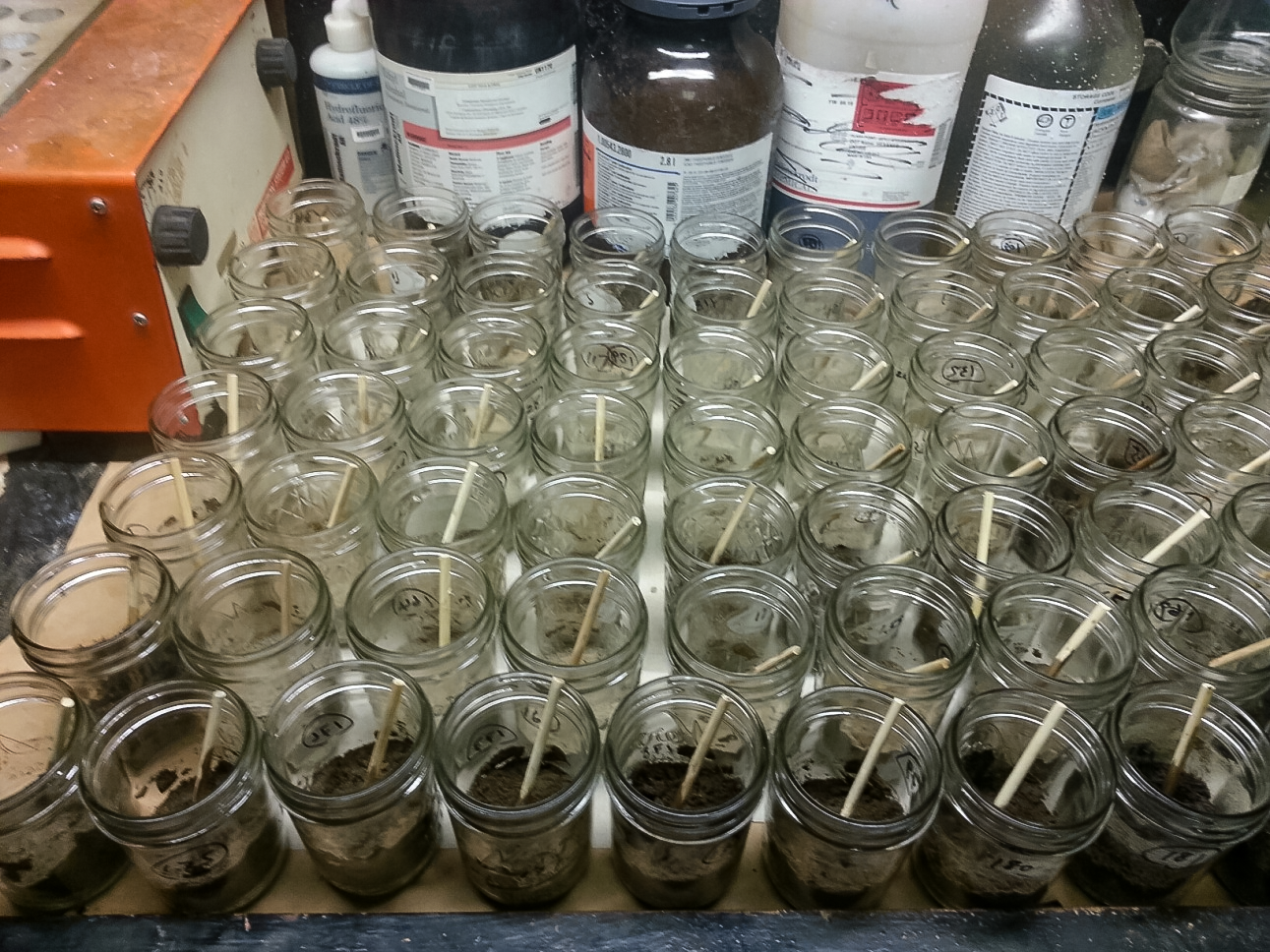 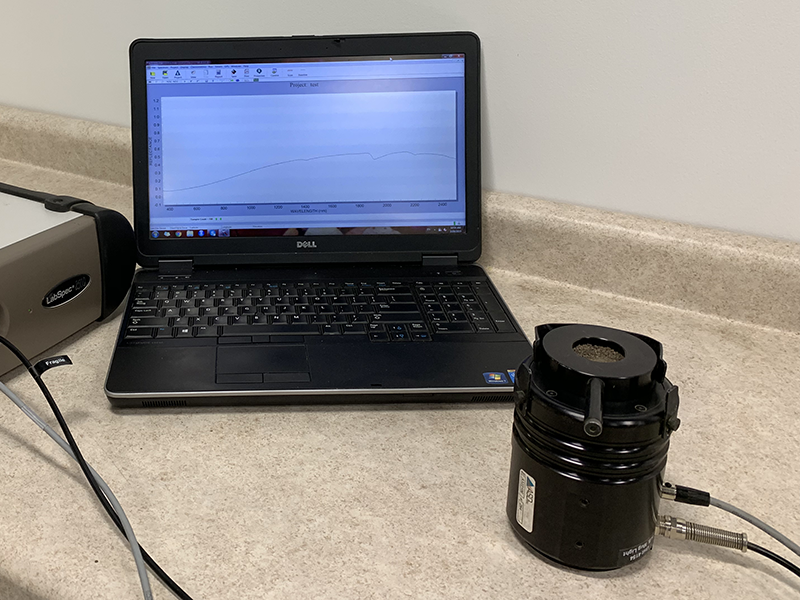 The researchers use a series of instruments to obtain VisNIR spectra of contaminated soil. These include a spectrometer, contact probe, and puck with sample. Credit: Nuwan Wijewardane

Newswise — August 12, 2020 - After an oil spill or leak, it’s important to act fast. If the oil has gotten into soil, scientists need to rapidly assess how much oil there is and how far it spread. It’s a process that has always been costly and time-consuming.

Nuwan Wijewardane at University of Nebraska-Lincoln knew there had to be a better way. He and his team found a new method using state-of-the-art technology that is faster and cheaper. It lets scientists get to work quicker on restoring the soil.

“Accidental releases of oil at production and distribution sites can pose serious environmental issues if not treated,” explains Wijewardane. “This demands remedial actions to assist in the rapid restoration of the ecosystem to its pre-contamination state. It is critical to be able to estimate concentration levels in impacted soil quickly and easily.”

The traditional methods for analyzing these soils are done in the laboratory and involve multiple steps. It requires collecting samples from the spill site and then taking them off-site for analysis. These increase the cost, time, and labor of the project.

“It costs about $50 per sample,” says Wijewardane. “And that does not include the cost of the labor needed to collect samples from the field. In addition, it can take days or maybe weeks to get results.”

The research team thought they could accomplish two things. One was using a faster and cheaper technology called Vis-NIR spectroscopy. The other was finding a way to measure the oil content in soil without having to take the time to gather so many samples from the spill site.

The Vis-NIR spectroscopy technology works by sending wavelengths of energy at a sample and measuring what is absorbed or reflected. Different chemical substances do this very specifically based on their makeup. So, it’s able to tell scientists a lot about a sample.

The data they receive from the technology has to be compared to a model. They found they could construct accurate model samples mostly in the laboratory, with only a few samples from the site needed. Adding just a few field samples, rather than relying solely on them, is a process called “spiking.” This reduction of time and labor necessary at the oil spill site makes their method rapid and cheap.

During “spiking,” the data from the field samples is added into the original model. This helps customize the model to make it more accurate for the specific location.

The cost of the VisNIR-based method is just a few dollars per sample. The results are almost instant. Another added benefit is that the tool can be taken right into the field to speed up the overall project.

Wijewardane has been working on soil spectroscopy for some time. He is interested in how to use it to estimate soil properties. He is glad this study highlights another application of this technology that can help the environment recover from crude oil contamination.

The next steps in the work are to make the technology more suitable to use directly in the field. Conservation and protecting the environment is an important task globally, especially since humans still use crude oil as a key source of energy.

“As long as we extract and use crude oil, there is a risk of environmental contamination that can threaten the ecosystem’s balance,” Wijewardane says. “When it happens, we need immediate actions to detect it, evaluate the situation, and recommend remedial actions. This is where a rapid, cheap, and accurate technique in the field can accelerate the process.”

Caption: The researchers use a series of instruments to obtain VisNIR spectra of contaminated soil. These include a spectrometer, contact probe, and puck with sample. Credit: Nuwan Wijewardane