The Inside Story of Shorebird Guts 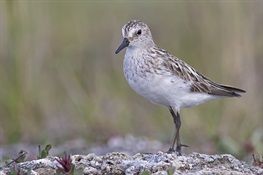 The Inside Story of Shorebird Guts

1. Researchers looked at gut microbiota – which can have important effects of host health – of eight shorebird species at breeding sites in the Arctic and Subarctic of North America.
2. They found that breeding location was the main driver of variation in gut microbiota of breeding shorebirds, followed by shorebird host species, and sampling year; but most variation remained unexplained.
3. The study is the first to highlight the potential importance of local environment as a driver of gut microbiota composition in wild, migratory birds under natural conditions.
WCS Media Contact:  Stephen Sautner, 7182203682, ssautner@wcs.org