Then and Now: The Healing Power of an Urban Garden

1-May-2017 2:05 PM EDT, by Perelman School of Medicine at the University of Pennsylvania contact patient services
favorite_border 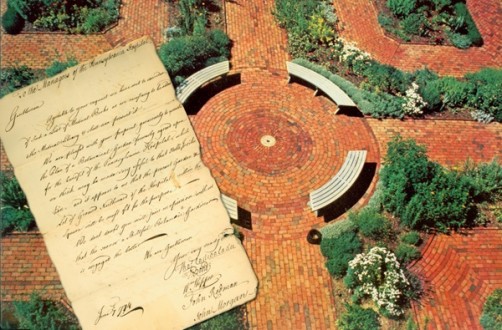 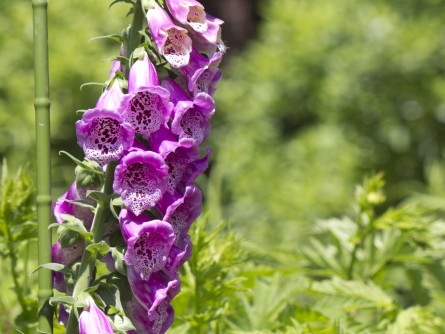 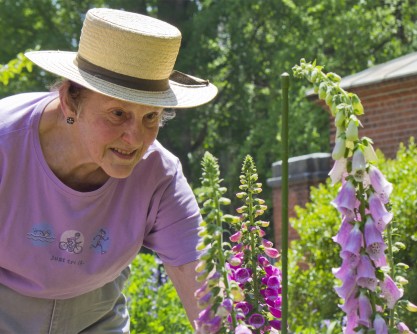 Previous Next
Newswise — As I entered the arched walkway into the grounds of Pennsylvania Hospital on a chilly, overcast Monday, it was hard to shake the grumpy mood brought on by the weather, too little sleep, and the noise of the crowded city. But as I crossed through brick and gravel walkways, my feelings shifted. Over the nine-foot walls, the busy city was still visible and audible but subdued. An arched dogwood was blooming in the corner of the hospital grounds near 9th Street where I found my destination: Kate McGrann and a small passel of dedicated volunteers had gathered at a circle of benches at the center of eight formally designed garden beds. They were there to conduct inventory at the Physic Garden, counting how many and which of last year’s plants had begun to spring forth this season. Seeing the new growth and the promise of warmer days ahead certainly made me feel better—just the kind of feeling this garden was designed for, though not in the way it was originally intended.

“The idea of gardens and plants being therapeutic is something that has come up multiple times in history and in the history of medicine,” said Stacey Peeples, curator and lead archivist at Pennsylvania Hospital. Initially, the connection was direct and personal: The plants themselves were therapies to be eaten or brewed into tea. The idea that first sprouted the Physic Garden was to grow these healing plants on-site to create medicines cheaply and easily for the hospital’s use. Today, green spaces are emerging as a potential tool in city planners’ kits to improve population-level health in urban settings—and the Physic Garden is situated perfectly to offer the health benefit of relaxation for hospital patients, visitors, staff, and the community.

The original idea for the Physic Garden was approved by Pennsylvania Hospital’s Board of Managers in 1774. Like a lot of projects in medicine today, it hit a roadblock with funding. There was also a logistical issue: The colonial physicians decided to ask some colleagues in England to recommend a gardener to hire, but the Revolutionary War broke out before the position was filled, Peeples noted. Ultimately, the garden was built in 1976, when the national Bicentennial celebration brought renewed focus to Philadelphia’s colonial-era firsts. Support from the Philadelphia Committee of the Garden Club of America (PCGCA) and friends of Pennsylvania Hospital brought the Physic Garden to life. It has been maintained with continued funding from PCGCA, tools and other in-kind contributions from the hospital, and volunteer labor, ever since.

The Physic Garden today is home to numerous plants that were used for their medicinal value in the 18th and 19th centuries. Botanical remedies of the day included some common herbs we still consume—chamomile and ginger for calming the stomach, parsley for freshening the breath, and even digitalis, a plant that became the source of a modern heart medication. There are also remedies in less common use today, such as lamb’s ears, whose fuzzy leaves made natural bandages for wounds. But, after the two-century delay in building the garden, the modern therapeutic value the garden offers to Pennsylvania Hospital physicians, staff, and visitors, has changed—please don’t eat the plants! (Many of them are plainly toxic.) Now the benefit is all about the experience of being there.

“The green space we have here is amazing, a little oasis in the middle of Center City,” Peeples said. “Caregivers here at the hospital, patient family members, patients, members of the community we serve here, can all find a spot to come and rest and take a moment. Even though the garden itself has only existed for 40 years, in the past 10-15 years it has taken on a much more important role in terms of serving the mental or the spiritual well-being of people here.”

Spending time in and near inner-city green spaces might indeed be a valuable, evidence-based way to improve population health, according to researchers at the University of Pennsylvania and others. Researchers from Penn’s Urban Health Lab noted in a review article in 2015 that, especially in urban environments, green exposure has been shown to prevent and reduce stress, anxiety, and depression. Even access to green views, they noted, is associated with improved general mental health, reduced mental fatigue, and improved coping with stressful settings—potentially making a hospital garden the perfect prescription for families of patients who are ill or injured.

“I have run into people who were sort of wandering in the Pine Building itself, and I said, ‘You know there’s a garden outside,’” Peeples said. “Sometimes what people need is just to be.” Having a semi-private space where the hospital and city sounds are slightly muffled is a benefit to families, community members, and hospital employees. “The work they do can be so intensive and so overwhelming that sometimes it helps to take just a few moments to be right in the middle of nature and birds and squirrels,” she added.

Research at Penn, in partnership with the Pennsylvania Horticultural Society and City of Philadelphia, continues to build modern evidence of a relationship between green spaces and health effects in urban populations. Using experimental or quasi-experimental setups, their studies “scientifically explore the con­nection between city environments and stress,” as researcher Eugenia South, MD, MSHP, described it in a Penn Medicine magazine story in 2015. South, an assistant professor of Emergency Medicine at Penn’s Perelman School of Medicine, led a study published that year finding that Philadelphia residents had lower heart rates — a marker of lower stress — while walking past vacant lots in their neighborhoods that had been randomly selected to receive urban blight reduction efforts that included greening of those vacant lots. That’s in comparison to the same residents walking past the same lots prior to the greening. In a control group of residents in neighborhoods randomized not to receive blight reduction and greening, heart rates had minimal change over time when study participants walked past vacant lots at both time points.

The Penn team has also exported this idea of simple greening fixes for health problems to other urban environments, including New Orleans, Newark, and Flint, through work with university partners in those cities. Plus, the federal government, including both the Centers for Disease Control and Prevention and the National Institutes of Health, is now funding citywide experiments around the country with these simple greening fixes, stemming from the team’s work in Philadelphia, noted Charles Branas, PhD, senior author of the 2015 study who is now chair of Epidemiology at Columbia University and an adjunct professor of Epidemiology at Penn. Such research “provides an important scientific impetus for urban planners and city officials to take relatively low-cost steps toward improving health for their residents,” Branas said.

There is even a growing movement for “Park Prescription” programs, South said. These entail “physicians giving people, particularly kids, an actual prescription to spend time in green space.” A pilot program in Philadelphia is launching soon.

Meanwhile, at Pennsylvania Hospital, McGrann, the lead volunteer at the Physic Garden and a retired social work director at the hospital, hopes that more Philadelphia residents with green thumbs will get involved in volunteering to maintain the garden. Planting for 2017 begins Wednesday, May 3. Volunteers are needed on Mondays and Thursdays scheduled through the growing season (April through November) from 10:00 a.m. to noon for such tasks as weeding and deadheading spent blooms. Volunteers receive a voucher for lunch in the hospital cafeteria after their shift and reduced-price parking. Those interested in volunteering should contact McGrann at 215-334-6111 or [email protected]. 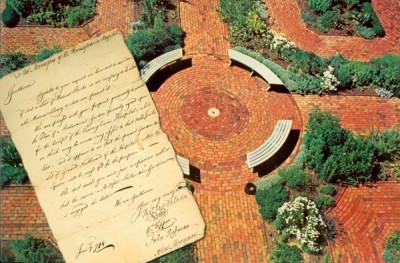 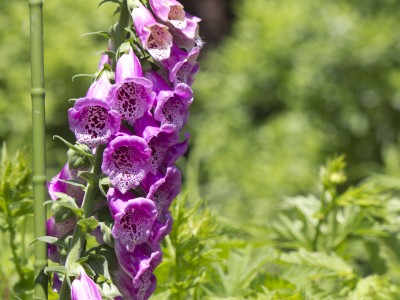 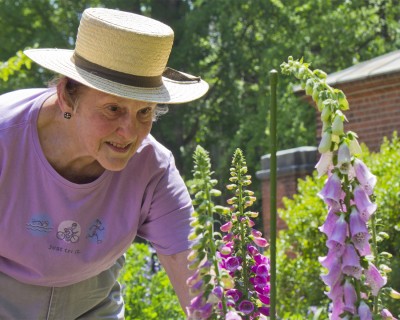