Volunteer tourism can help communities recover from natural disasters, as well as offer a unique and rewarding experience for volunteers, if done carefully 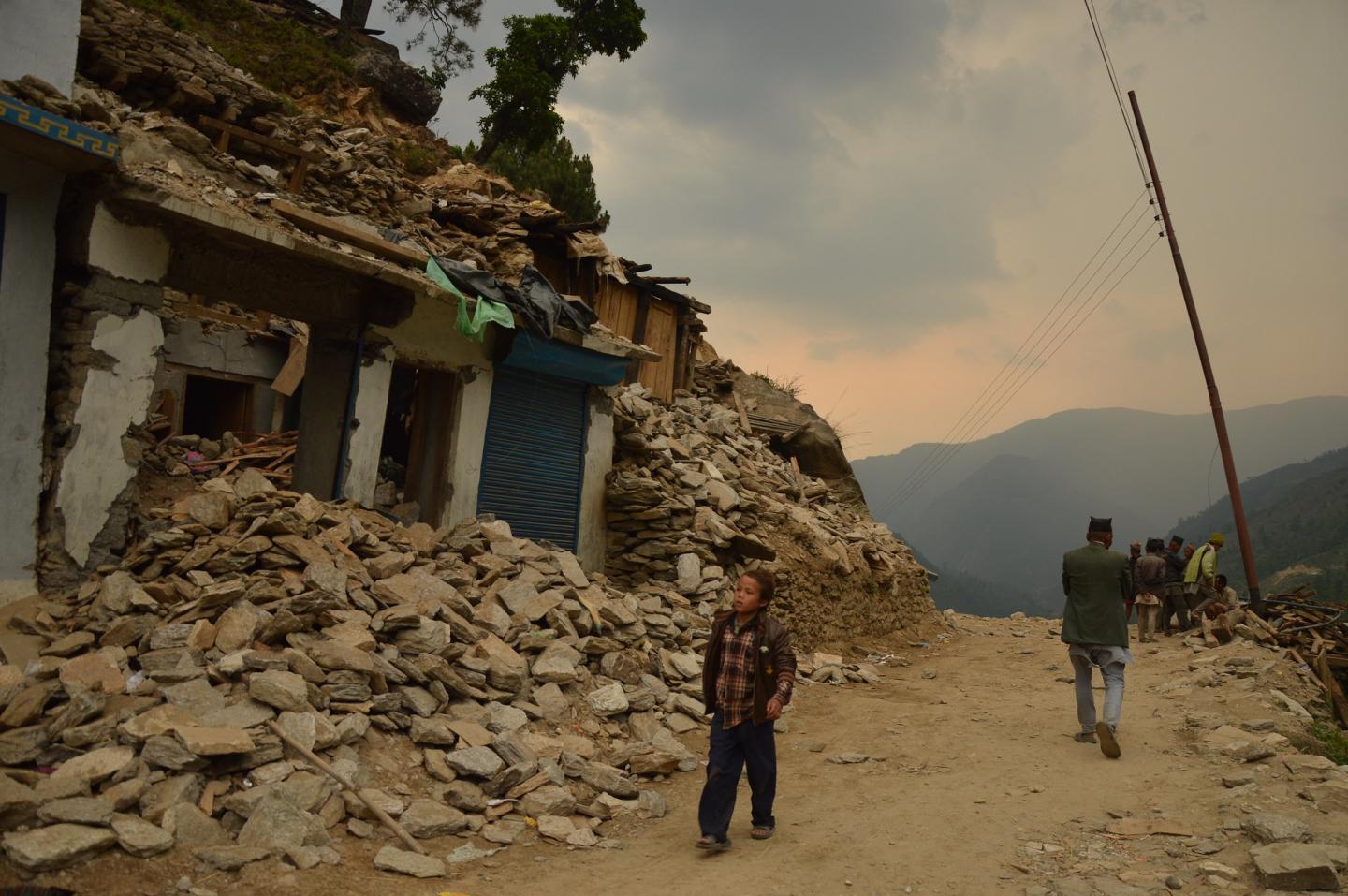 The ruins of Nepal's Gorkha district after the 2015 earthquake that killed nearly 9,000 people and injured 22,000. Tourism helped lead the way back.

Newswise — Holidaying in a disaster zone might seem crazy, but "volunteer tourism" can actually help communities recover from natural disasters, a new study finds. And it can offer a unique and rewarding experience for volunteers, if done carefully.

"When disaster hits a tourist destination - whether fire, flood, cyclone or earthquake - tourists naturally stay away, leaving communities to deal with loss of income on top of costs of repair and recovery," says study co-author Dr David Beirman, from the University of Technology Sydney.

"On the other hand, people who feel a natural curiosity, as well as a natural desire to help, are keen for experiences where they can interact with locals and make a difference," he says.

He notes that volunteer tourism should not be confused with "disaster tourism" in which tourists immediately travel to a scene not to help but to look.

The researchers examined the impact of volunteer tourism programs in Nepal in the wake of the April 2015 earthquake. They found that when it was done in an ethical manner that considered local conditions and the community, it could aid recovery and resilience.

The Nepal earthquake, which measured 8.1 on the Richter scale, killed nearly 9,000 people and injured 22,000, and caused severe damage to buildings and infrastructure.

In the four months that followed the Nepal earthquake, international tourism more than halved.

Initially most relief organisations asked international volunteers not to come unless they had specific expertise, such as medical skills, building skills, or emergency response experience.

The strategy they came up with prioritised potential tourism regrowth markets, including volunteer tourism.

Nepal relaxed conditions to allow international tourists to volunteer on a wide range of projects including rebuilding homes and schools, interning in hospitals, supporting non-government organisations and re-establishing sustainable agriculture.

"Nepal's tourism recovery since the April 2015 earthquake has been remarkable and as our research shows, volunteer tourism has been a significant driving force for that recovery," says Dr Beirman who was involved in the Nepal Rapid Recovery Taskforce.

The Nepal Association of Tour and Travel Agents says almost one third of the tours booked to Nepal in the two years after the earthquake comprised groups who combined tourism experiences with volunteering or philanthropy.

"Nepal already had an extensive infrastructure of volunteer tourism organisations and programs, and this was a significant advantage in establishing post-disaster recovery programs," says Dr Beirman.

Dr Faulkner notes that while volunteer tourism is an important way to help destinations recover, care needs to be taken to ensure programs benefit both the community and volunteers, using an ethical approach that allows local communities to drive individual projects.

"In times of national crisis, the priority of a government has to be restoring the welfare of its people. However, the process by which that happens is multifaceted. In destinations that rely on tourism as a primary source of investment, it can make sense to build volunteer tourism into the recovery process," she says.