Want to Ditch Your Glasses After Cataract Surgery? This New Artificial Lens May Help

Study shows a new intraocular lens allows most people to see well at all distances, eliminating the need for glasses 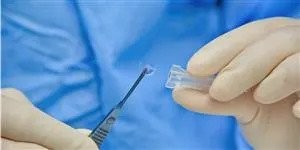 Newswise — NEW ORLEANS, La. – Cataract surgery is one of the most successful medical procedures performed in the United States, with nearly 4 million Americans choosing to have their cataracts removed every year. While the procedure has a success rate of about 97 percent, it is not uncommon for people to still need glasses after surgery, especially reading glasses. A new study released at AAO 2021, the 125th annual meeting of the American Academy of Ophthalmology, showed that a new kind of artificial lens allowed over 90 percent of patients to see well enough that they no longer needed glasses.

A cataract is the clouding of the eye’s natural clear lens. During cataract surgery, an ophthalmologist surgically removes the cloudy lens and replaces it with an artificial lens called an intraocular lens (IOL). The most common IOL type is a monofocal IOL and it allows people to see well at distance, but it can’t fix presbyopia, that annoying part of aging that slowly robs people of their near vision.

Researchers have been working for years to develop a presbyopia correcting IOL that can correct the full range of vision: up close, at arms-length, and far away. While these presbyopia correcting IOLs can correct near or intermediate vision, they don’t effectively correct the full range of vision. This new IOL attempts to change that by combining two presbyopia-correcting IOL technologies, multifocal and extended depth-of-focus, to achieve full vision correction. It’s called the Tecnis Synergy from Johnson & Johnson Vision. The U.S. FDA approved the Tecnis Synergy IOL in May 2021.

In the study presented today, researchers in Bakersfield, Calif. and 14 other sites across the U.S. compared visual outcomes in patients who received either a monofocal IOL or the new presbyopia correcting IOL during cataract surgery. Of the 272 patients enrolled in the study, 88 percent of those who received the Tecnis Synergy presbyopia correcting IOL never used glasses compared with just 3 percent in the monofocal IOL group.

“My career goal has always been to conquer presbyopia—before it conquers me,” said lead researcher Daniel H. Chang, MD. “This lens is a key addition to our ability to treat presbyopia. The Tecnis Synergy provides the best near vision of any lens I’ve ever used. For patients not wanting glasses, this is the lens I recommend.”

About the American Academy of Ophthalmology

The American Academy of Ophthalmology is the world’s largest association of eye physicians and surgeons. A global community of 32,000 medical doctors, we protect sight and empower lives by setting the standards for ophthalmic education and advocating for our patients and the public. We innovate to advance our profession and to ensure the delivery of the highest-quality eye care. Our EyeSmart® program provides the public with the most trusted information about eye health. For more information, visit aao.org.