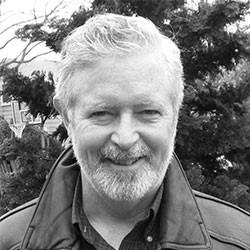 As he notes, “Technological unemployment is growing rampant in the United States, with intelligent machines displacing American workers every day. Eighty-eight percent of manufacturing job losses over the past few years are a result of decreased demand for human labor. Machines have been a bigger job-killer to U.S. jobs than both immigrants and outsourcing, and the problem is only growing worse.”

In an op-ed recently featured in USA Today, LaGrandeur argues that intelligent technology is displacing not only manual labor, but even middle-class jobs and higher level jobs. La Grandeur notes that this also includes accountants, who risk a very significant percent chance of being displaced by intelligent technology in the next ten years. This is also true of other professionals such as journalists and technical writers.

“For a large part of America, intelligent technology has produced not only opportunity, but also heartache, as seen with the recent election season and the middle class’s desperation for job opportunity,” says LaGrandeur.

LaGrandeur is the author of numerous articles and book chapters, as well as conference papers and presentations related to artificial intelligence. His next endeavor is to research the philosophical dimensions of current efforts to build an artificial conscience in robots. For a full list of Dr. La Grandeur’s publications, research projects, and accomplishments visit http://www.nyit.edu/bio/klagrand.

Dr. LaGrandeur will be speaking on Tuesday, April 18, as part of a panel of experts in Manhattan on "The Ethics of Technology-Driven Unemployment.”