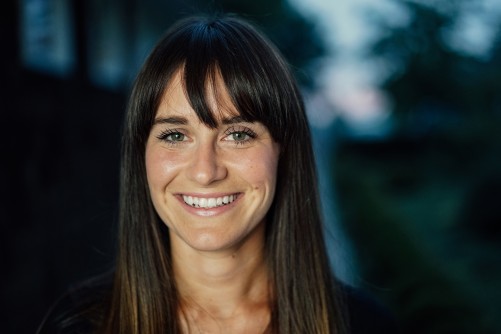 WVU alumna Elaine McMillion is nominated for an Oscar for her documentary "Heroin(e)," the story of three Huntington women on the frontlines of fighting the opioid epidemic.

Newswise — MORGANTOWN, W. Va. – An Oscar nomination won’t entice Elaine McMillion Sheldon and her husband, Kerrin, away from their passion: telling the stories of their home state of West Virginia in hopes of bringing attention, and solutions, to its problems – especially opioid addiction.

The couple has been nominated for an Academy Award in the Documentary Short Subject for their film, “Heroin(e),” which follows three women in Huntington as they fight the opioid epidemic and try to make a change in their community.

“We’re so honored and humbled by this news,” Elaine Sheldon, a 2009 graduate of West Virginia University with a bachelor’s of science in journalism, said.

“’Heroin(e)’ examines an epidemic that many communities are struggling with, so for this topic to have captured the attention of the Academy means so much us, as filmmakers, and to those on the front lines.

“As native West Virginians living in the midst of this public health crisis, we believe the stories of these three tenacious and resilient women are what this country needs - a message of hope and survival to show us a way forward.”

National media has covered the opioid crisis extensively, but Sheldon takes a different approach. She shares the viewpoint of the people on the ground who are providing resources and hope. Her goal is to help decrease the stigma surrounding the epidemic and increase empathy for those who are addicted.

“We hope that the international attention that can come from an Academy-Award nomination will only bring more resources and solutions to the ongoing crisis across America,” Sheldon said.

While the couple never expected to receive an Oscar nomination this early in their careers, they are also not sure how the nomination will affect their future in the industry.

“We plan to stay the course and continue to tell stories from our own backyard that move us,” she said.

Sheldon is passionate about telling stories that affect her fellow West Virginians, and that has been the focus of many of her films.

She directed the award-winning interactive documentary “Hollow,” which examines the future of rural America through the eyes and voices of the people living in West Virginia. It received a Peabody award, an Emmy nomination and 3rd Prize in the World Press Photo Multimedia Awards. In 2013, she was named one of the "25 New Faces of Independent Film" by Filmmaker Magazine and one of "50 People Changing the South" by Southern Living Magazine.

“Heroin(e)” was produced in partnership with The Center for Investigative Reporting through the Glassbreaker Films initiative to support female filmmakers and was later picked up by Netflix for distribution. The documentary has received press attention from the LA Times, Washington Post, the Daily Show, Mother Jones, Meet the Press and many other media outlets.

The Academy Awards will be presented March 4, and broadcast live on ABC.