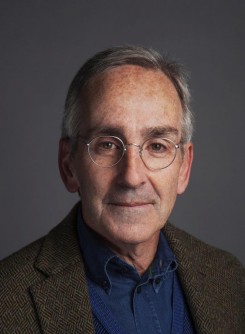 “Cardiothoracic surgery is my first and persistent love,” said Dr. Rose. “The heart’s physiology is incredible, with each operation and experiment being like a journey. Surgical procedures are complicated, beautiful, challenging, and ultimately impactful. All those things make the work a meaningful way to spend your life. So, to receive this award is very much an honor.”

Dr. Rose is best known for making history in 1984 when he performed the world’s first successful pediatric heart transplant. Since that landmark achievement, he has continued to study and improve cardiac surgical care in children and adults. Much of his research has focused on the management of end-stage heart disease using artificial circulatory support. Notably, Dr. Rose organized and led the National Institutes of Health (NIH)-funded Randomized Evaluation of Mechanical Assistance for the Treatment of Congestive Heart Failure (REMATCH) trial. It was the first trial to demonstrate conclusively that long-term use of mechanical circulatory support devices prolongs and enhances life in end-stage heart disease patients who are unable to undergo heart transplantation.

“The REMATCH trial set the stage, turning something that was experimental for long-term use into a viable and revolutionary technology,” said Dr. Rose. “The ability for me to collaborate with industry, as well as academia, was something that I learned a lot from. The amount of support from NIH was obviously huge and the trial could never have happened without that.”

Although Dr. Rose currently is not clinically active, he remains committed to research, serving as Vice Chair of the NIH-supported Cardiothoracic Surgical Trials Network and working with industry on a number of life-altering and potentially life-altering discoveries involving smallpox, Alzheimer disease, and graft versus host disease (GvHD):

• He led a company that created a cure for smallpox, a disease that no longer exists in nature but is a recognized biowarfare threat. The antiviral drug for smallpox has been delivered into the US Strategic National Stockpile, and Dr. Rose indicated his research group would file for FDA approval of the drug within the next year.• Dr. Rose co-founded an affiliated company that created the drug azeliragon, which blocks a brain receptor that has been connected to Alzheimer disease. Azeliragon is now in phase 3 clinical trials.• He also is working with a company that has determined how to mass produce a type of stem cell that can be “kept on the shelf” and not be rejected by the body. These cells have been shown to be very effective in treating GvHD, which may occur after bone marrow transplantation. Dr. Rose said that, within the next 2 years, this breakthrough likely will become the first approved therapy for GvHD.

“Dr. Rose is a very impressive person,” said 2016-2017 STS President Joseph E. Bavaria, MD. “He’s an iconoclast who thinks differently and who practices and lives according to an ethos of hard work, open-minded leadership, and reflection. With his broad-based skillset, Dr. Rose takes ideas to fruition with a certain gusto.”

Dr. Rose grew up in a family of musicians. Throughout high school and medical school, he played the piano and accordion for his father’s band, an experience that allowed him to develop skills as a collaborator, as well as a leader.

“For me, I actually learned a lot from music that related to heart surgery,” Dr. Rose shared. “There are a lot of similarities that I found myself being able to draw on. In particular, how to work with people and help all of us do the best we can.”

After earning degrees from Columbia University and Columbia University’s College of Physicians and Surgeons, Dr. Rose completed residencies in general surgery and thoracic surgery at the former Columbia Presbyterian Hospital. He spent more than 25 years building a distinguished career at Columbia before joining Mount Sinai in New York, where he currently serves as Professor of Population Health Science and Policy, a department he chaired from 2008 through 2013.

Dr. Rose currently is the Executive Chairman of SIGA Technologies, a biotech affiliate of MacAndrews & Forbes, Inc., and serves on the boards of directors for Abiomed, Inc., Mesoblast Ltd., and the Cardiovascular Research Foundation. He has chaired the Scientific Advisory Board of Broadview Ventures, the venture philanthropy vehicle of Fondation Leducq, since its inception in 2008.

Over the course of his career, Dr. Rose has authored or co-authored more than 300 peer-reviewed publications on numerous topics, including cardiothoracic surgery, ventricular assist devices, and cardiac transplantation. He also authored two books and holds three patents, including one for fibrin surgical glue.

“The Earl Bakken award is reserved for someone who has answered scientific questions that are of extreme importance to cardiothoracic surgery,” said Dr. Bavaria. “In many ways and on many occasions, Dr. Rose has marked the beginning of something big and important for both the profession and for patients. He is an impressive person who has created knowledge that has been incredibly meaningful.”

An STS member since 1986, Dr. Rose has worked on various STS workforces focusing on thoracic transplantation and end-stage cardiopulmonary disease. He also was a member of the Board of Directors for the organization now known as The Thoracic Surgery Foundation.

The Earl Bakken Scientific Achievement Award was established in 1999 through a grant from Medtronic, Inc., to honor individuals who have made outstanding scientific contributions that have enhanced the practice of cardiothoracic surgery and patients’ quality of life.

The award was named for Medtronic co-founder Earl Bakken. Among numerous other achievements, Bakken developed the first wearable artificial pacemaker.

For more information, contact STS Media Relations Manager Jennifer Bagley at (312) 202-5865 or [email protected] Founded in 1964, The Society of Thoracic Surgeons is a not-for-profit organization representing approximately 7,200 cardiothoracic surgeons, researchers, and allied health care professionals worldwide who are dedicated to ensuring the best possible outcomes for surgeries of the heart, lung, and esophagus, as well as other surgical procedures within the chest. The Society’s mission is to enhance the ability of cardiothoracic surgeons to provide the highest quality patient care through education, research, and advocacy.