Geologists Study the Past to Learn About El Niño's Future 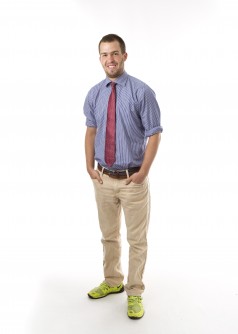 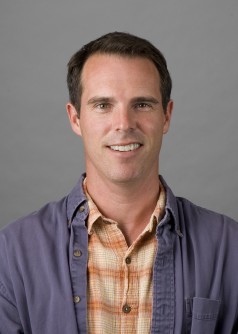 Newswise — Geologists at Cornell College are trying to discover how El Niño will behave in the future, and they are doing so by looking back in time. The journal Geology has just published their latest findings, “El Niño–Southern Oscillation–like variability in a late Miocene Caribbean coral.”

The lead author is Thomas Weiss ’16, who conducted the research as his geology honors thesis last year and is now a doctoral student in paleoclimatology at Columbia University. Thanks to a grant from the National Science Foundation, Weiss, Cornell College Professor of Geology Rhawn Denniston, and three colleagues were able to develop decades worth of monthly Caribbean ocean temperatures from five million years ago. They tied variations in these ocean temperatures to the El Niño-Southern Oscillation, the biggest reason why global climates vary on a year-to-year basis.

The research team, which also included Alan Wanamaker of Iowa State University, Gabriele Villarini of the University of Iowa, and Anna von der Heydt of Utrecht University in the Netherlands, analyzed the chemistry of an extremely well-preserved 5-million-year-old coral that Denniston collected in the mountains of the central Dominican Republic in 2004 (with geology major Stephanie Penn ’05). From this coral, they extracted chemical signals that reflect monthly changes in ocean temperature, and from these they identified past El Niño activity.

The importance of this study is that how the El Niño system will respond in our future, warming world is unclear. Computer simulations have not clearly identified how the frequency of these events will change, if at all. One way to address this question is to look at El Niño activity in past “greenhouse worlds” such as existed five million years ago.

El Niño, which today occurs every two to seven years, involves warm water moving west to east across the tropical Pacific. The warm water stops when it hits South and Central America. Because of this, the Caribbean waters don’t experience nearly as much temperature change during El Niño events as do the waters of the eastern Pacific. However, five million years ago, Central America hadn’t fully formed, so the warm water from the west Pacific flowed into the Caribbean where this coral grew, a result the team confirmed using computer simulations of ocean circulation.

“Unlike many types of geologic records that can only track changes on timescales of decades to centuries or more, the remarkable coral samples used in this study provide a rare window into the seasonal and year-to-year variability of climate in the distant past,” says Candace Major, a program director in the National Science Foundation’s Division of Ocean Sciences, which funded the research. “Records like this are extremely valuable for understanding how the climate system operates, and for improving climate models.”

Although the results suggest that during this earlier greenhouse world, the El Niño-Southern Oscillation occurred with the same general frequency as it does today, more work is still needed. Future studies will aim to construct several additional high resolution coral records from this and slightly younger intervals to evaluate the evolution of the El Niño-Southern Oscillation through time.

The walls of this narrow stream valley in the Dominican Republic are composed of soft, Miocene-age sediments that contain well-preserved marine fauna such as the coral sample used in this study. Photo by Rhawn Denniston.

For more information on this study, read the story published by the National Science Foundation. 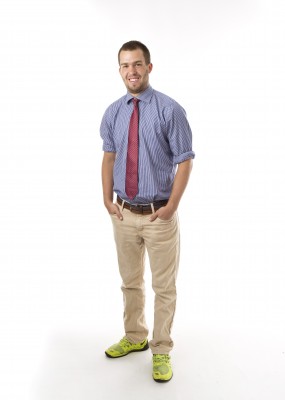 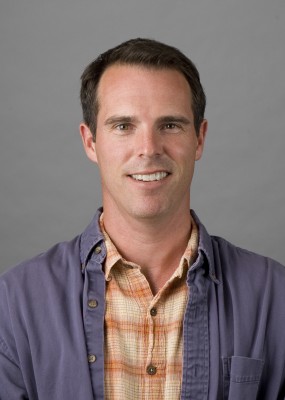