If Your Child is Bilingual, Learning Additional Languages Later Might be Easier 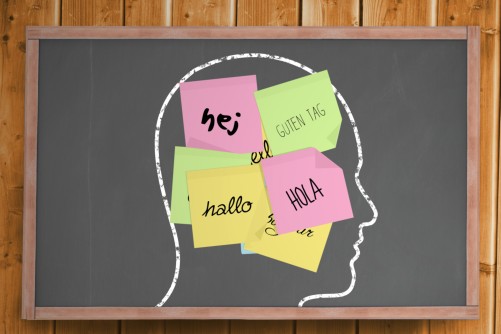 Newswise — WASHINGTON — It is often claimed that people who are bilingual are better than monolinguals at learning languages. Now, the first study to examine bilingual and monolingual brains as they learn an additional language offers new evidence that supports this hypothesis, researchers say.

The study, conducted at Georgetown University Medical Center and published in the journal Bilingualism: Language and Cognition, suggests that early bilingualism helps with learning languages later in life.

“The difference is readily seen in language learners’ brain patterns. When learning a new language, bilinguals rely more than monolinguals on the brain processes that people naturally use for their native language,” says the study’s senior researcher, Michael T. Ullman, PhD, professor of neuroscience at Georgetown.

“We also find that bilinguals appear to learn the new language more quickly than monolinguals,” says lead author Sarah Grey, PhD, an assistant professor in the department of modern languages and literatures at Fordham University. Grey worked with Ullman and co-author Cristina Sanz, PhD, on this study for her PhD research at Georgetown. Sanz is a professor of applied linguistics at Georgetown.

The researchers studied Mandarin-English bilinguals because both of these languages differ structurally from the new language being learned. The new language was a well-studied artificial version of a Romance language, Brocanto2, that participants learned to both speak and understand. Using an artificial language allowed the researchers to completely control the learners’ exposure to the language.

The two groups were trained on Brocanto2 over the course of about a week. At both earlier and later points of training, learners’ brain patterns were examined with electroencephalogram (EEG) electrodes on their scalps, while they listened to Brocanto2 sentences. This captures the natural brain-wave activity as the brain processes language.

They found clear bilingual/monolingual differences.  By the end of the first day of training, the bilingual brains, but not the monolingual brains, showed a specific brain-wave pattern, termed the P600. P600s are commonly found when native speakers process their language. In contrast, the monolinguals only began to exhibit P600 effects much later during learning – by the last day of training. Moreover, on the last day, the monolinguals showed an additional brain-wave pattern not usually found in native speakers of languages.

“There has been a lot of debate about the value of early bilingual language education,” says Grey. “Now, with this small study, we have novel brain-based data that points towards a distinct language-learning benefit for people who grow up bilingual.”

The other study co-author is psycholinguist Kara Morgan-Short, PhD, from the University of Illinois at Chicago, who also conducted her graduate work with Sanz and Ullman.

This research was supported by a National Science Foundation grant (NSF-BCS 1124144).

About Georgetown University Medical Center
Georgetown University Medical Center (GUMC) is an internationally recognized academic medical center with a three-part mission of research, teaching and patient care (through MedStar Health). GUMC’s mission is carried out with a strong emphasis on public service and a dedication to the Catholic, Jesuit principle of cura personalis -- or "care of the whole person." The Medical Center includes the School of Medicine and the School of Nursing & Health Studies, both nationally ranked; Georgetown Lombardi Comprehensive Cancer Center, designated as a comprehensive cancer center by the National Cancer Institute; and the Biomedical Graduate Research Organization, which accounts for the majority of externally funded research at GUMC including a Clinical and Translational Science Award from the National Institutes of Health. Connect with GUMC on Facebook (Facebook.com/GUMCUpdate) and Twitter (@gumedcenter).