Speleothems turned out to be a great stroke of luck: dripstones from two caves in the Swiss Alps provide for the first time a continuous reconstruction of temperatures during the Last Interglacial period. 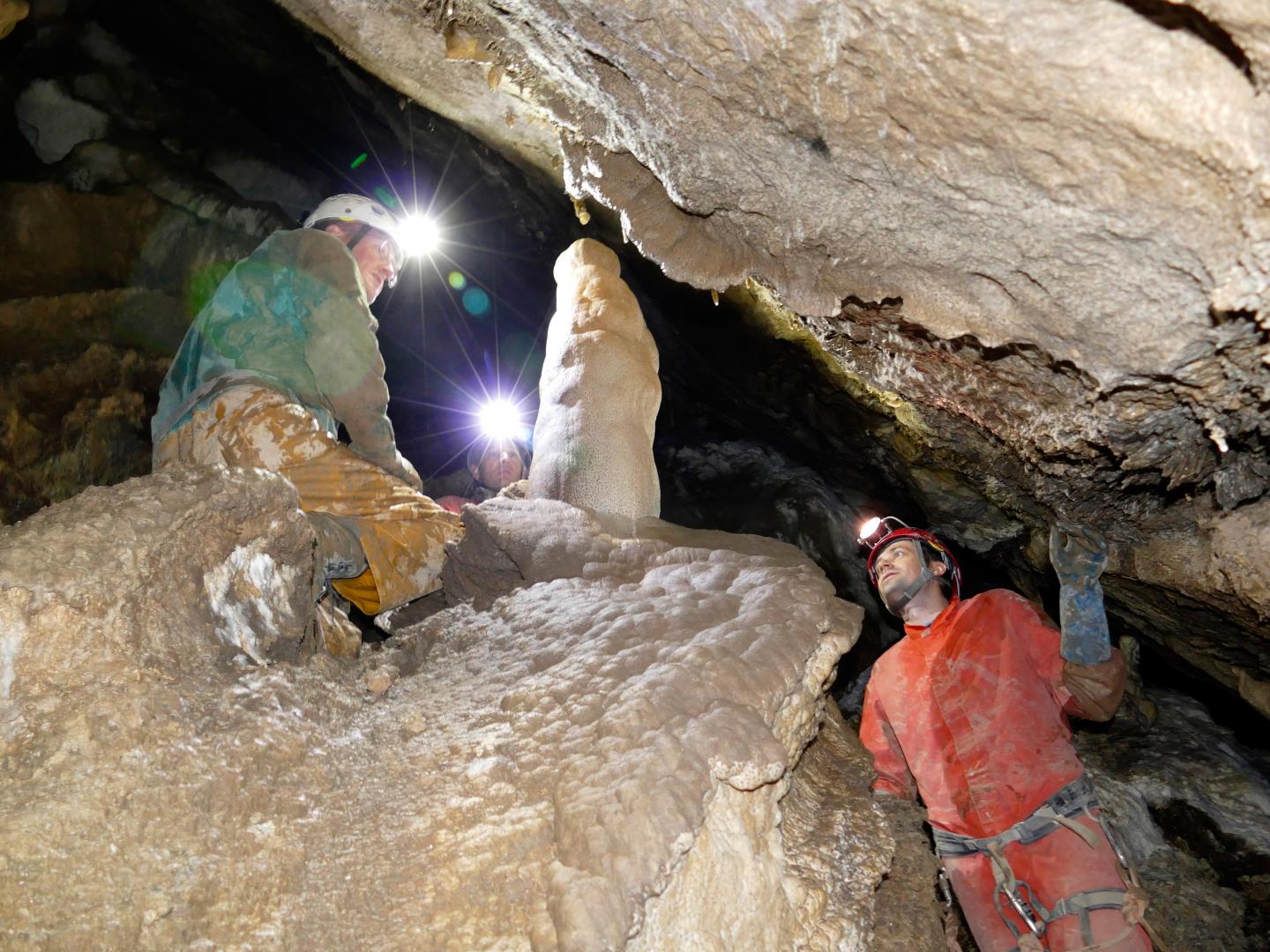 A look at the last interglacial shows: Temperatures in the high alpine region were up to 4 degrees higher than today. These are significantly higher values than at lower altitudes. In the Swiss Alps, the experts found extraordinary dripstones.

Newswise — The Last interglacial period was the last warm period before our present Holocene age and dates back some 129,000 to 116,000 years ago. It is more and more in the focus of research interest, as this period could be used as a possible test bed for warmer conditions in the future. A look at the climate evolution during the last interglacial may allow us to draw conclusions about how the present climate will change in a warming world. The last interglacial was significantly warmer and also climatically unstable: Sea level was about 6 to 9 metres higher than today, the Greenland ice sheet was much reduced, and global temperatures were about 2 degrees higher. However, the question of what the Alps looked like at that time remains open. "There are several studies during this timeframe from the foreland of the Alps, based mainly on analyses of organic material such as pollen. But now we add two aspects that were previously not available: On the one hand a continuous record from a mountain site within the Alps with an very precise chronology. And on the other hand a quantitative reconstruction of temperatures over the full duration of the Last Interglacial period," explains Paul Wilcox. The geologist is a post-doc in the Quaternary research group at the University of Innsbruck and is the lead author of the study now published in Nature Research's Open Access journal Communications Earth and Environment.

Stalagmites from two caves in the Melchsee-Frutt-region in the Swiss Alps provide the long-awaited data basis for the last interglacial in the Alpine region. "We were really lucky to find dripstones that is so well preserved and allow a continuous reconstruction of the temperatures. You don't often find something like this," says Wilcox. The field work that led to the discovery of these unique samples was a collaborative effort between the Innsbruck team and speleologist Martin Trüssel from the Foundation Naturerbe Karst und Höhlen Obwalden in Switzerland. Most of the analyses were carried out at the Institute of Geology, which has long-term experience in the study of fluid inclusions, a method that is constantly being developed further by researchers like Yuri Dublyansky. "We extract tiny amounts of water that is trapped in the crystals of the cave minerals. We measure the isotopic properties of this old precipitation water that allows us to make quantitative conclusions about the temperature many thousands of years ago. However, this requires sample material containing sufficient trace water - and that is rare", adds Christoph Spötl who leads this project funded by the Austrian Science Fund (FWF). The results show that the last interglacial was much more pronounced for higher altitudes than for lower ones. "Temperatures in the high alpine region were up to 4 degrees higher than today. These are significantly higher values than those known for lower altitudes", says Paul Wilcox. The geologists conclude that the effect of an altitude-dependent warming during the last interglacial was evident, and that stronger warming was therefore observed at high altitudes such as the Alpine region. Moreover, a climatic instability, whose cause is still not completely understood, led to an abrupt cooling event 125,500 years ago: "But even with this development, temperatures in the high alpine region still remained 2 degrees above today's temperatures," adds Wilcox.

The team agrees that this is hardly a good news for the future of the climate in the Alps: "We cannot directly compare the last interglacial with the present Holocene , as orbital parameters were different during these two most recent warm periods. However, these findings are alarming in the light of the acceleration of global-scale warming due to anthropogenic greenhouse gas emissions and mountain regions should be prepared for an even greater temperature increase."