The whole world doesn’t revolve around you 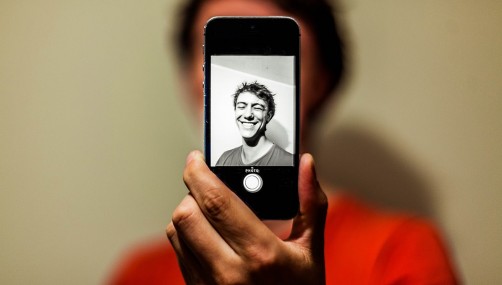 Newswise — In Greek mythology, Narcissus was a gorgeous hunter, born of a river god and a nymph. However, he was prideful and too caught up in his looks. One day while hunting, a nymph named Echo was enamored with him and approached him, but Narcissus rudely pushed her away.

Nemesis, the goddess of revenge, learned what and happened and decided to punish Narcissus for his behavior. She led Narcissus to a pool where he saw his reflection and immediately fell in love. He stared at his reflection and ultimately gave up the will to live when he realized his love could not materialize.

While Greek mythology doesn’t get its own chapter in diagnostic medicine, the story of Narcissus is a great way to explain the trait, and the personality disorder, that shares its name: narcissism.

“It’s important to know that narcissism is both a trait and part of a personality disorder,” said Patricia Watson, MD, interim head of the Department of Humanities in Medicine at the Texas A&M College of Medicine. “People have narcissism as a trait, some more than others, but a smaller group of people have Narcissistic Personality Disorder, or NPD.”

Like the story of Narcissus, narcissism is characterized with the general grandiose belief about oneself. Those with higher tendency toward narcissism will have an exaggerated sense of self-importance, a sense of entitlement, a lack of empathy and often a tendency to be manipulative.

“Narcissism exists on a spectrum,” Watson said. “You have people who have low to moderate amounts of narcissism, where it’s still apparent, but not really a disorder; then you have the high end where it’s a full personality disorder.”

Narcissism can be seen as the evil twin of high self-esteem. Both are born of a person’s accomplishments and how they truly see themselves. “Everyone has self-esteem and self-worth,” Watson said. “It’s when those become exaggerated and there is an unhealthy drive to keep their beliefs intact that it becomes a problem.”

There are studies that suggest that one or two questions can determine if a person is a narcissist, one being, “Are you a narcissist?”, to which narcissists will likely respond with “yes.” Another possible question that will reveal narcissists is, “Do you believe you deserve special treatment?”

The causes for NPD are not completely clear; while home life and upbringing can certainly play a role, there may be some genetic factors that can determine where someone stands on the narcissism spectrum. If developing narcissism is a learned trait, then normal social activity at school or daycare can help break the mindset that may be normal early on.

“We are all born with a type of learned narcissism,” Watson said. “From birth, the world revolves around us. We cry, and food appears or we are held, but then we grow out of that mindset and start learning that it won’t always be the case.”

Narcissism and school or work

Studies have often shown that narcissists are more likely to step into positions of power. In the short-term, they can be perceived as confident and very skillful, which makes them a favorable candidate for a new promotion at work or a leader in the classroom.

However, they may use some dirty tactics to achieve this goal. Their line between confidence and arrogance is a lot thinner than others, and they may belittle someone if they perceive their self-views are threatened.

While narcissists generally have an inflamed view of self-worth, they also enjoy surrounding themselves with people who can validate their belief.

“Narcissists have the ability to cultivate relationships,” Watson said. “They can be very charming and positive, but they’re just looking for people to feed into their narcissistic supply and help build their ego.”

Narcissists can also be very controlling, whether it’s overt or passively. They do this as a way to stay in control and keep affirming their beliefs. “If you thwart a narcissist, they may react with anger or a fit of rage.”

If someone has NPD, or high amounts of narcissism, getting the right treatment can possibly help improve their lives and the lives of those around them. However, people with NPD typically won’t seek help for their condition—doing so wouldn’t fit with their self-image of perfection—but they may seek therapy if they are brought in by a loved one, or if they are depressed.

“People with narcissism may be protecting very fragile egos,” Watson said. “If they are criticized or rejected, they can take that very harshly and become depressed.”

Seeing a therapist may not always work for someone with NPD, but it can help a certain group set realistic boundaries and lead a more enjoyable and rewarding life.