Research at the 169th ASA meeting in Pittsburgh suggests that by tending to avoid baby talk, men may provide a bridge for language acquisition for their children 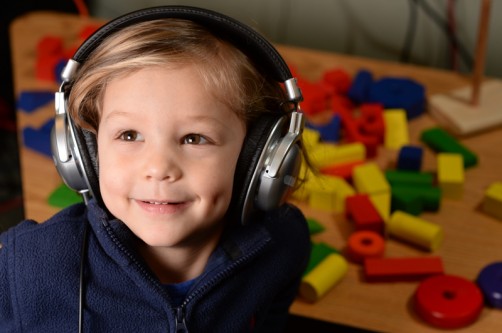 Newswise — WASHINGTON, D.C., May 19, 2015 -- Even to the casual observer, there's no mistaking how some perfectly mature parents will affect an infantile elocution when talking to their young children, speaking in higher-pitched voices with a wider range of pitches and frequently switching between highs and lows. This sort of babytalk is sometimes known as "motherese," in part because most research on parent-child interactions has traditionally focused on the mother's role. Scientists study the common behavioral phenomenon because they want to understand what role such speech patterns play in the child's language acquisition.

But in an era of shifting parental roles and increased paternal involvement, researchers from Washington State University are now investigating whether fathers modify their speech in the same way as mothers when talking to their children.

Their initial experimental results suggest that even when fathers are interacting with their children, they engage less in some of the intonational hallmarks of motherese -- research the team will present along with a possible explanation at the 169th meeting of the Acoustical Society of America, held May 18-22, 2015 in Pittsburgh.

Observing Natural Interactions "In the Wild"

The Washington State team outfitted preschoolers and their parents with recording devices to monitor social interactions over the course of a normal day. They used speech-recognition software to pull apart the recordings and determine who was talking to whom, and when -- ultimately comparing the difference between the way the mothers and fathers spoke to their children compared to how those parents spoke to adults.

The work confirmed previous studies, which showed that the mothers used higher pitch and varied their pitch more when interacting with their child than with adults. The fathers, on the other hand, did not show the same pattern, and instead talked to their children using intonation patterns more like when they talked to other adults. This is the first study that has examined fathers' verbal interactions with their children in a real-world setting and using automatic data processing.

Motherese is believed to be a bonding tool because it is particularly attractive to babies and young children, with its attention-catching cadence and exaggerated vocal features. So are fathers failing to engage with their children by not using babytalk?

"This isn't a bad thing at all -- it's not a failing of the fathers," said Mark VanDam, a professor in the Speech and Hearing Sciences department at Washington State, who headed the study. "We think that maybe fathers are doing things that are conducive to their children's learning but in a different way. The parents are complementary to their children's language learning,"

The data support what VanDam refers to as the bridge hypothesis -- that fathers, by speaking to their children more like adults, might act as a link to the outside world by helping them to deal with unfamiliar speech.

Furthermore, the fathers' less frequent use of classic babytalk doesn't mean that they aren't modifying their speech in other ways -- by using different vocabulary, for instance, or changing the volume or duration of their speech. VanDam believes the age and sex of the child might also influence the father's interactions.

The pilot study looked only at families with a mother and father who both lived full-time with the child, so the researchers don't know how the results might differ in single-parent families or those headed by same-sex couples. This study is just one part of a larger initiative at Washington State to examine how fathers support their children's language development from infancy through early childhood.

Ultimately, VanDam and his colleagues are interested in addressing these same questions in families with children with hearing loss in order to understand how hearing loss impacts speech production and learning.

Presentation #2aSC8, “Fathers' use of fundamental frequency in motherese” by Mark VanDam, Paul DePalma and William Strong, will be presented during a poster session on Tuesday, May 19, 2015, from 8:00 AM to 12:00 noon in Ballroom 2. The abstract can be found by searching for the presentation number here: https://asa2015spring.abstractcentral.com/planner.jsp

ABOUT THE MEETINGThe 169th Meeting of the Acoustical Society of America (ASA) will be held May 18-22, 2015, at the Wyndham Grand Pittsburgh Downtown Hotel. It will feature nearly 1,000 presentations on sound and its applications in physics, engineering, music, architecture and medicine. Reporters are invited to cover the meeting remotely or attend in person for free. PRESS REGISTRATIONWe will grant free registration to credentialed journalists and professional freelance journalists. If you are a reporter and would like to attend, contact Jason Bardi ([email protected], 240-535-4954), who can also help with setting up interviews and obtaining images, sound clips, or background information.

WORLD WIDE PRESS ROOMASA’s World Wide Press Room is being updated with additional tips on dozens of newsworthy stories and with lay-language papers, which are 300-1,200 word summaries of presentations written by scientists for a general audience and accompanied by photos, audio, and video. LIVE MEDIA WEBCASTA press briefing featuring a selection of newsworthy research will be webcast live from the conference on Tuesday, May 19. Topics and times to be announced. To register, visit http://www.aipwebcasting.com.

ABOUT THE ACOUSTICAL SOCIETY OF AMERICAThe Acoustical Society of America (ASA) is the premier international scientific society in acoustics devoted to the science and technology of sound. Its 7,000 members worldwide represent a broad spectrum of the study of acoustics. ASA publications include The Journal of the Acoustical Society of America (the world's leading journal on acoustics), Acoustics Today magazine, books, and standards on acoustics. The society also holds two major scientific meetings each year. For more information about ASA, visit our website at http://www.acousticalsociety.org.

169th Meeting of the Acoustical Society of America (ASA)