Alcohol is a major contributor to cirrhosis cases — and women drinkers are disproportionately affected.

4-May-2018 8:00 AM EDT, by Michigan Medicine - University of Michigan contact patient services 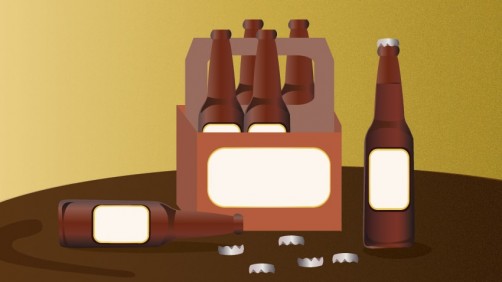 A new review by Michigan Medicine finds that women drinkers are disproportionately affected in alcohol-related cirrhosis cases. Why — and what's next.

ANN ARBOR, Mich. -- More than one-third of cirrhosis cases are related to alcohol, a seven-year national study of more than 100 million privately insured people has found.

Among that group, 294,215 people had cirrhosis; 105,871 (36 percent) had alcohol-related cirrhosis. The latter group was sicker and admitted or readmitted to a hospital more often, incurring nearly twice the health care costs per person: $44,835 versus $23,329.

“When I look at this data, it tells me that this is a big problem,” says Jessica Mellinger, M.D., a Michigan Medicine gastroenterologist and health services reserchers at the University of Michigan Institute for Healthcare Policy and Innovation.

And it could be a particularly big problem for women, who in recent years have been diagnosed with alcohol use disorders at a rate nearly twice that of men.

Although biology doesn’t explain why women appear to be consuming more alcohol then they used to, it does shed light on the effects.

“Women process alcohol differently than men and they are more susceptible to damage in the liver than men,” says Mellinger. “They can develop cirrhosis with less alcohol and in a shorter time frame. The hypothesis is that certain hormones make women more susceptible, though we don’t know exactly why they are so much more susceptible.”

To conduct their study, Mellinger and her team examined privately insured individuals ages 18 to 64 by using the Truven MarketScan Commercial Claims and Encounters database. It is the largest dataset of claims for people with private insurance obtained through their employers.

The study’s goal was to determine the prevalence, health-care utilization and costs of alcohol-related cirrhosis among privately insured people in the United States. The research showed:

But it only looked at one segment of the population.

“At the time we did this study, we also considered using data sets from Medicare and Medicaid, but they were restricting reporting of claims related to substance abuse, and we knew we’d be missing information,” says Mellinger.

Since that time, the Centers for Medicare and Medicaid Services began reporting substance abuse; that information is now open to researchers. Mellinger expects alcohol-related cirrhosis statistics to increase significantly after that patient data is reviewed.

The reason: “Many people with [alcohol-related cirrhosis] are too sick to remain employed, so more of these patients are insured through government-sponsored insurance such as Medicare and Medicaid,” she says, noting that another limitation of the study was a lack of information about race and ethnic groups.

Prior research has shown that there is no ethical justification for deprioritizing patients from receiving a transplant because they have alcohol-related liver disease.

“But first they will need alcohol cessation treatment before they can be transplanted with success,” says Mellinger. “Alcohol-use treatment is effective and many patients do stop drinking, obtain transplant and do well afterward.”

Although there is stigma to alcohol-related cirrhosis, it is common and it’s not a moral failure, she adds. “Many people in the medical community think that alcohol use is not treatable, but it is. There is a lot of collaboration at U-M to provide the right help for patients with alcohol-related liver disease.”

Getting that help is crucial: When patients have advanced liver disease, the only action that affects whether they live or die is if they stop drinking.

“But even though the damage is still there, your liver function can improve dramatically” if you stop drinking.

Set to embark on further study with all insurance payers, Mellinger hopes her current work will help physicians better understand that alcohol-related cirrhosis is a growing problem that demands attention and resources.

“We’re only touching the tip of the iceberg,” she says. “By demonstrating that alcohol-related cirrhosis is a high-burden health care problem that could be prevented, we hope that it will increase funding for early detection of alcohol use and for greater utilization of alcohol-use treatment programs.”