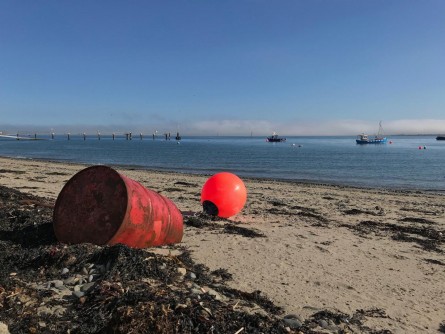 Pollution and overfishing are commons tragedies. New solutions are required for climate change.

Newswise — Climate change must no longer be viewed as a "tragedy of the commons", researchers say.

December marks the 50th anniversary of the paper that popularized the concept of tragedy of the commons: it argued that individuals will always take advantage of a common resource and so degrade it. A new paper argues that the theory limits the way climate change is viewed.

"New findings about how people understand and act suggest that climate change will more likely be solved by appealing to moral arguments rather than purely scientific ones," said Professor Katrina Brown, one of the paper's authors.

Professor Brown and Professor Neil Adger, both from the University of Exeter, and Professor Joshua Cinner from James Cook University, say that in order to make urgently needed progress in addressing climate change, governments need to promote climate change as a moral issue. And policy needs acknowledge that politicians often make their decisions based on reputation.

"Doing the right thing matters to people, but not everyone agrees what the right thing is. Some people emphasize fairness, others duty and patriotism. We need to appeal to the full range of these values," said Professor Cinner, co-author of the new paper in the journal Global Environmental Change.

They argue new ways of speaking about climate change that focus on the wide variety values and priorities of people with conservative and liberal views should be harnessed to encourage more concern and action on climate change.

American ecologist and philosopher Garrett Hardin wrote his paper "The tragedy of the commons" in 1968.

Lead author, Professor Brown, said: "Hardin's theory has been very influential. It has been used to design global co-operation on climate change such as the Paris Agreement. But there is a rapidly closing window to transform the economy and avoid climate catastrophe.

"New social science points the way to political mobilization based on sense of duty, respect for nature and others, and solidarity. These are now more relevant and more likely to win the day.

Their paper is entitled: "Moving climate change beyond the tragedy of the commons."