A novel computational method allows researchers to parse how multiple organs contribute to a disease over time, giving a more holistic view of disease and potentially revealing new avenues for intervention. 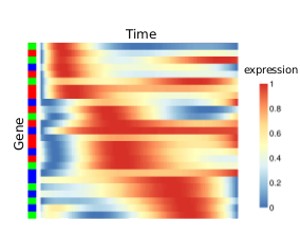 Newswise — Hypertension and heart disease arise from many contributing and interacting factors: genetics, food, and exercise, as well as problems with heart, liver, or kidney function. Although patients can find experts in each separate area, science and medicine often struggle to integrate the complex role that each organ plays in the initiation and progression of disease and how those roles change over the course of the disease, especially in multifaceted diseases like hypertension. Now, a multi-disciplinary team of researchers at Jefferson has created a new computational tool that showed the disease process that led to hypertension was initiated in the brain, in one model of the disease. The research was published in the open access journal PLOS Computational Biology.

The tool can integrate data from multiple organ systems at different time points to help understand where a complex disease like hypertension originates, and how multiple organs contribute over the course of the disease development and progression, and could be used to study other complex disease processes in order to understand the best time to intervene.

“To truly understand disease, we need to take a broader view,” says Rajanikanth Vadigepalli, Ph.D., Professor at the Daniel Baugh Institute for Functional Genomics/Computational Biology in the department of Pathology, Anatomy and Cell Biology at Jefferson. “Only when we integrate experimental data, modeling of dynamic systems, and an ability to crunch large datasets, can we begin to glean truly transformational insights about complex diseases.”  The multi-disciplinary team includes another Jefferson faculty member, Dr. James Schwaber, and two Jefferson graduate students, Dr. Danielle DeCicco and Dr. Warren Anderson, who together brought expertise in neuroscience, physiology, cell biology, bioinformatics, and mathematical modeling, to converge on a complex whole body problem of hypertension and heart disease.

Dr. Vadigepalli and colleagues took an animal model of hypertension and heart disease – a particular strain of rat whose heart disease and hypertension involves multiple organs, much like in humans – and examined samples from five major organs. Dr. Vadigepalli and colleagues assessed the expression, or production, of 22 different genes associated with hypertension from those five organs, across six time points including before the disease fully developed. They created a computational-modeling approach to analyze the 12,000 possible gene interactions with the goal of understanding when the molecular changes leading to the disease began and in which organ these changes were initiated.

By applying their mathematical tool, the researchers were able to identify the very start of the disease, and track which organ drove all of the other organs in a whole-body-influence network toward dysregulating blood pressure and eventually leading to heart disease. Strikingly, the organ that began the cascade in this model was the brain.

After gene expression began to change in the brain, other organ systems followed, leading to inflammation, kidney dysfunction and finally heart disease.

“Our data aligns with real-world, clinical observations,” says Dr. Vadigepalli. “There are some types of hypertension in humans that have a strong neurological component, where the aberrant activity of the autonomic control circuits in the central nervous system really drives the development and progression of hypertension.” While the brain is known to play a major role in some types of hypertension, this is the first detailed evidence of a cascade of cross-organ influences that ultimately lead to a rewiring of the whole body physiology in disease.

The researchers are developing their mathematical approach into an open-access tool that can be used broadly. “The number one rule in applying the tool,” says Dr. Vadigepalli, “is to define the disease context very carefully.” Right now, the tool is validated for use in this particular animal model. There is still work to be done before it can be applied to human data, for example, in figuring out the appropriate temporal sampling rate and molecular assays. “To apply this method to human disease we need to obtain data from early stages before the disease is diagnosed or is known to be developing” says Dr. Vadigepalli, “and that is a critical challenge to overcome, as it takes a fundamentally different approach to clinical and translational studies that typically consider age-matched controls. That said, with novel human trial scenarios focused on disease etiology and prevention, we think this tool could be useful in identifying novel early biomarkers and treatments for chronic or complex diseases.”

The research was funded by the National Institute of Health and the National Heart, Lung and Blood Institute, R01 HL111621 and U01 HL133360. The authors report no conflicts of interest.