Scripps Institution of Oceanography at the University of California postdoctoral researcher Nick Pizzo has found the mathematical "sweet spot" of a wave - the exact location where a surfer gains the greatest speed to get the best ride. 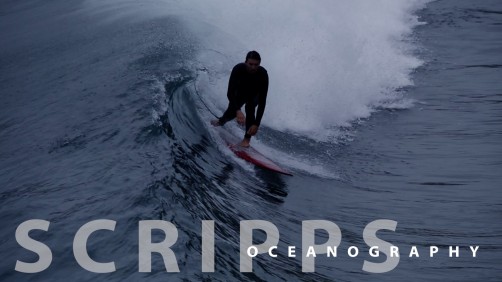 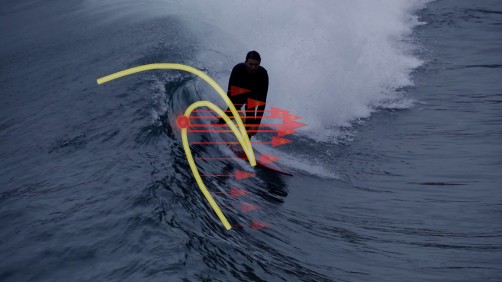 Newswise — For surfers, finding the “sweet spot,” the most powerful part of the wave, is part of the thrill and the challenge.

Scripps Institution of Oceanography at the University of California postdoctoral researcher Nick Pizzo has found the exact location on the wave where a surfer gains the greatest speed to get the best ride.

Published this month online in the Journal of Fluid Mechanics, Pizzo applied principles of physics at the ocean’s surface—where air and water meet—to study how energy is transferred from the underlying wave to a particle on the surface, in this case, a surfer.

“Based upon the speed and geometry of the wave, you can determine the conditions to surf a wave and also where on the wave the maximum acceleration, or ‘sweet spot,’ will be located,” said Pizzo, the author of the new paper and an avid surfer.

Pizzo and fellow researchers in the Air-Sea Interaction Laboratory at the Scripps Marine Physical Laboratory and Physical Oceanography Research Division are studying the mass, momentum, and energy exchanged between the atmosphere and ocean due to breaking waves, to help improve our understanding of weather and climate.

As a wave breaks at the ocean surface, currents are generated and water droplets in the form of sea spray are ejected from the ocean into the atmosphere. These small-scale processes are critical pieces of information to improve weather and climate models to better forecast major storm events and the future climate.

“The study was motivated by important scientific questions that lead to a better description of the upper ocean to be used in weather and climate models,” said Pizzo. “By studying the acceleration of a theoretical surfer on a wave, we can provide a better description of the currents generated by breaking waves, leading to an improved understanding of the momentum and energy budget between the atmosphere and ocean.”

Breaking waves, like those surfers ride close to shore, are infrequent in the world’s oceans. However, according to Pizzo, they are nonetheless fundamental to weather prediction, where, for example, storms and hurricanes are strongly influenced by the physical processes generated by breaking waves, as well as the longer-term evolution of the climate.

“We need to understand the little things to get the big picture,” he added.

So, where is the “sweet spot?” Right inside the curl of the breaking wave.

About Scripps Institution of Oceanography

Scripps Institution of Oceanography at the University of California, San Diego, is one of the oldest, largest, and most important centers for global science research and education in the world. Now in its second century of discovery, the scientific scope of the institution has grown to include biological, physical, chemical, geological, geophysical, and atmospheric studies of the earth as a system. Hundreds of research programs covering a wide range of scientific areas are under way today on every continent and in every ocean. The institution has a staff of more than 1,400 and annual expenditures of approximately $195 million from federal, state, and private sources. Scripps operates oceanographic research vessels recognized worldwide for their outstanding capabilities. Equipped with innovative instruments for ocean exploration, these ships constitute mobile laboratories and observatories that serve students and researchers from institutions throughout the world. Birch Aquarium at Scripps serves as the interpretive center of the institution and showcases Scripps research and a diverse array of marine life through exhibits and programming for more than 430,000 visitors each year. Learn more at scripps.ucsd.edu and follow us at: Facebook | Twitter | Instagram.

About UC San Diego At the University of California San Diego, we constantly push boundaries and challenge expectations. Established in 1960, UC San Diego has been shaped by exceptional scholars who aren’t afraid to take risks and redefine conventional wisdom. Today, as one of the top 15 research universities in the world, we are driving innovation and change to advance society, propel economic growth, and make our world a better place. Learn more at www.ucsd.edu.