Dolphins tagged and released into Florida’s Indian River Lagoon, which has a large coastal human population and significant environmental impacts. 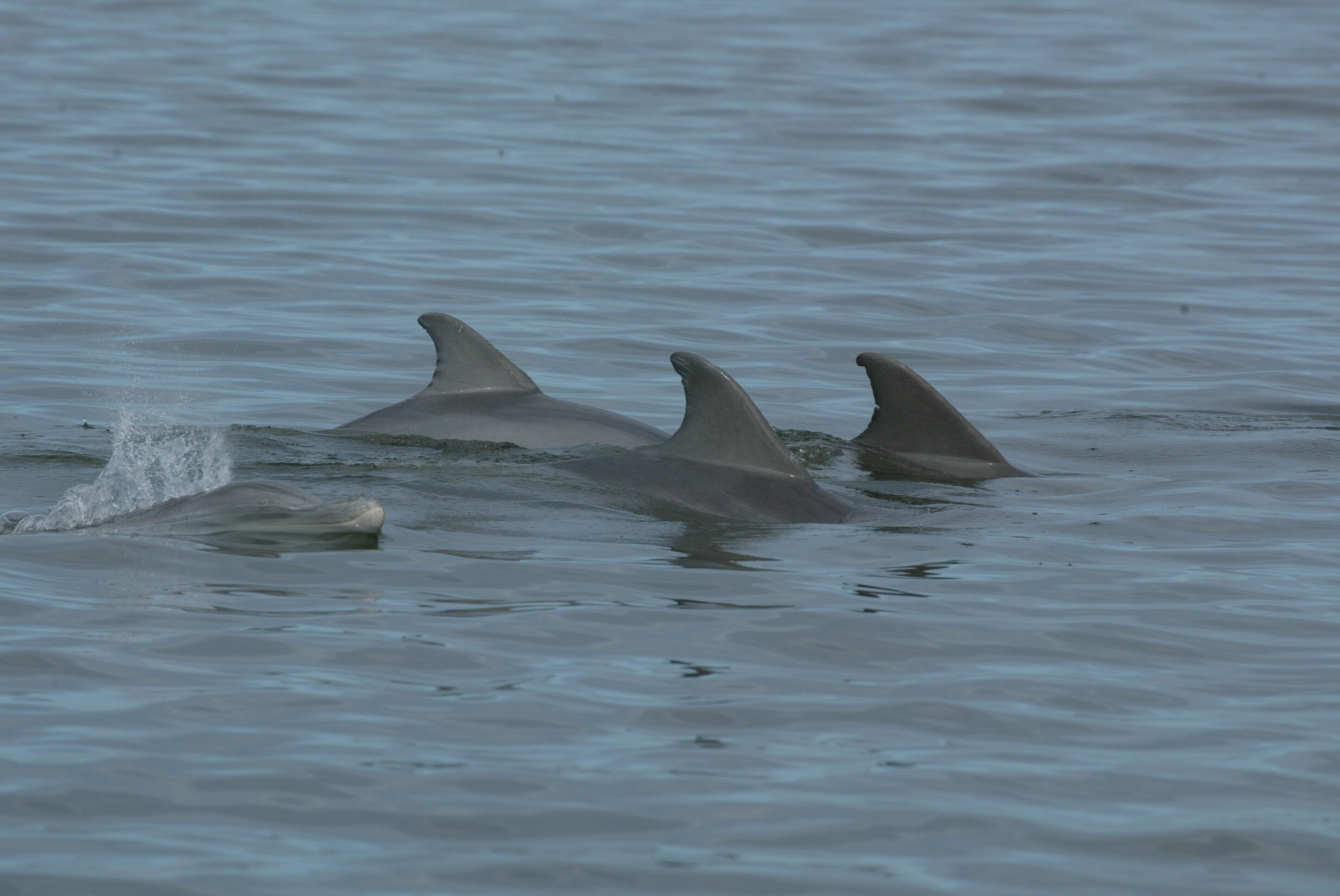 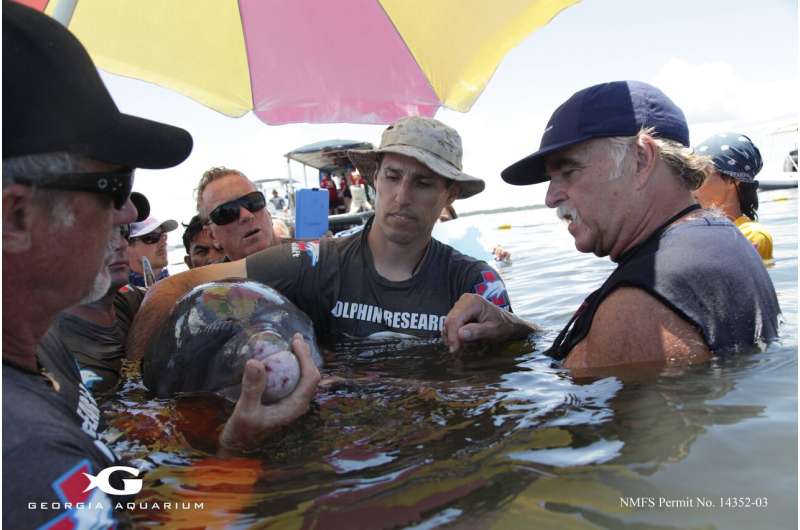 Dr. Gregory Bossart (on the right) examines a dolphin during the Health and Environment Risk Assessment (HERA) project alongside colleagues.

Newswise — Antibiotic resistance is one of the biggest public health challenges in the world today since many common bacterial infections are developing resistance to the drugs once used to treat them, and new antibiotics aren’t being developed fast enough to combat the problem.

Once primarily confined to health care settings, these resistant strains of bacteria are now commonly found in other places, especially marine environments. To date, few studies have looked at long-term trends in antibiotic resistance in pathogens isolated from wildlife populations.

“In 2009, we reported a high prevalence of antibiotic resistance in wild dolphins, which was unexpected,” said Adam M. Schaefer, MPH, lead author and an epidemiologist at FAU’s Harbor Branch. “Since then, we have been tracking changes over time and have found a significant increase in antibiotic resistance in isolates from these animals. This trend mirrors reports from human health care settings. Based on our findings, it is likely that these isolates from dolphins originated from a source where antibiotics are regularly used, potentially entering the marine environment through human activities or discharges from terrestrial sources.”

Using 13-years of data and the Multiple Antibiotic Resistance (MAR) index, researchers obtained a total of 733 pathogen isolates from 171 individual bottlenose dolphins. Several of the organisms isolated from these animals are important human pathogens.

Results of the study, published in the journal Aquatic Mammals, shows that the overall prevalence of resistance to at least one antibiotic for the 733 isolates was 88.2 percent. The prevalence of resistance was highest to erythromy­cin (91.6 percent), followed by ampicillin (77.3 percent) and cephalothin (61.7 percent). This is one of the few studies to use the MAR index for bacterial isolates from a marine mammal species.

Resistance to ciprofloxacin among E. coli isolates more than doubled between sampling periods, reflecting recent trends in human clinical infections. Pseudomonas aerugi­nosa, responsible for respiratory system infections, urinary tract infections, among others, were the highest recorded for any organism and increased during the study period.

“The Health and Environmental Risk Assessment or HERA Project has helped discover that the emerging bacterial resistance to antibiotics in bottlenose dolphins is prevalent. Bottlenose dolphins are a valuable sentinel species in helping us understand how this affects human and environmental health. Through HERA we’ve been able to provide a large database of information in order to continue learning from these impressive animals,” said Gregory D. Bossart, V.M.D., Ph.D., co-author, senior vice president and chief veterinary officer at Georgia Aquarium. “Antibiotic resistance is one of the most significant risks to public health. As resistance increases, the probability of successfully treating infections caused by common pathogens decreases.”

The sampling for the study was conducted and funded in part by the Florida Specialty License Plate fund and Georgia Aquarium with Bossart serving as the HERA lead and permit holder. Swab samples for microbiology were taken from the blowhole, gastric fluid and feces and cul­tured on standard media under aerobic conditions. The most frequently isolated pathogens were Aeromonas hydrophila, E. coli, Edwardsiella tarda, V. alginolyticus, and S. aureus, pathogens frequently associated with aquatic environments. The dolphins were captured and released back into the Indian River Lagoon as a part of the HERA Project. Sampling took place during June and July each year.

“The nationwide human health impact of the pathogen Acinetobacter baumannii is of substantial concern as it is a significant nosocomial pathogen with increasing infection rates over the past 10 years,” said Peter McCarthy, Ph.D., co-author, a research professor and an associate director for education at FAU’s Harbor Branch. “In addition to nosocomial infections, resis­tant strains associated with fish and fish farming have been reported globally. The high MAR index for this bacteria isolated from dolphins in the Indian River Lagoon repre­sents a significant public health concern.”

Each year in the United States, at least 2 million people get an antibiotic-resistant infection, and at least 23,000 people die.

This work was funded in part by the Protect Wild Dolphin License Plate funds granted through the  Harbor Branch Oceanographic Institute Foundation and Georgia Aquarium.

Georgia Aquarium is a leading 501(c)(3) non-profit organization located in Atlanta, Ga. that is Humane Certified by American Humane and accredited by the Alliance of Marine Mammal Parks and Aquariums and the Association of Zoos and Aquariums. Georgia Aquarium is committed to working on behalf of all marine life through education, preservation, exceptional animal care, and research across the globe. Georgia Aquarium continues its mission each day to inspire, educate, and entertain its millions of guests about the aquatic biodiversity throughout the world through its hundreds of exhibits and tens of thousands of animals across its seven major galleries. For more information, visit georgiaaquarium.org.

Caption: Dr. Gregory Bossart (on the right) examines a dolphin during the Health and Environment Risk Assessment (HERA) project alongside colleagues.