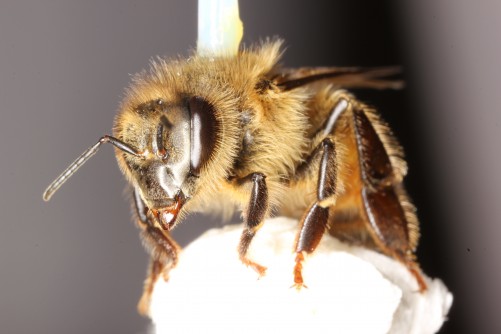 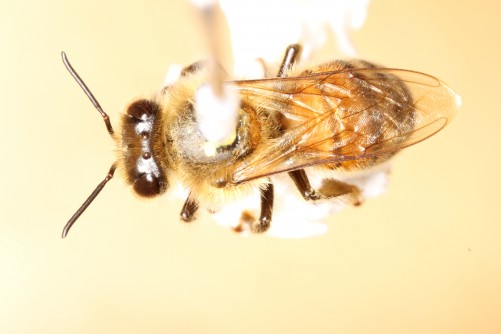 Newswise — Biologists at the University of California San Diego have demonstrated for the first time that a widely used pesticide can significantly impair the ability of otherwise healthy honey bees to fly, raising concerns about how pesticides affect their capacity to pollinate and the long-term effects on the health of honey bee colonies.

Previous research has shown that foraging honey bees that ingested neonicotinoid pesticides, crop insecticides that are commonly used in agriculture, were less likely to return to their home nest, leading to a decrease in foragers.

A study published April 26 in Scientific Reports by UC San Diego postdoctoral researcher Simone Tosi, Biology Professor James Nieh, along with Associate Professor Giovanni Burgio of the University of Bologna, Italy, describes in detail how the neonicotinoid pesticide thiamethoxam damages honey bees. Thiamethoxam is used in crops such as corn, soybeans and cotton. To test the hypothesis that the pesticide impairs flight ability, the researchers designed and constructed a flight mill (a bee flight-testing instrument) from scratch. This allowed them to fly bees under consistent and controlled conditions.

Months of testing and data acquisition revealed that typical levels of neonicotinoid exposure, which bees could experience when foraging on agricultural crops—but below lethal levels—resulted in substantial damage to the honey bee’s ability to fly.

“Our results provide the first demonstration that field-realistic exposure to this pesticide alone, in otherwise healthy colonies, can alter the ability of bees to fly, specifically impairing flight distance, duration and velocity” said Tosi. “Honey bee survival depends on its ability to fly, because that’s the only way they can collect food. Their flight ability is also crucial to guarantee crop and wild plant pollination.”

Long-term exposure to the pesticide over one to two days reduced the ability of bees to fly. Short-term exposure briefly increased their activity levels. Bees flew farther, but based upon other studies, more erratically.

This pesticide does not normally kill bees immediately. It has a more subtle effect, said Nieh.

“The honey bee is a highly social organism, so the behavior of thousands of bees are essential for the survival of the colony,” said Nieh.” We’ve shown that a sub-lethal dose may lead to a lethal effect on the entire colony.”

Neonicotinoid insecticides are neurotoxic and used around the world on broad varieties of crops, including common fruits and vegetables, through spray, soil and seed applications. Evidence of these insecticides has been found in the nectar, pollen and water that honey bees collect.

“People are concerned about honey bees and their health being impaired because they are so closely tied to human diet and nutrition,” said Nieh. “Some of the most nutritious foods that we need to consume as humans are bee-pollinated.”

The research was supported by a Marco Polo scholarship. 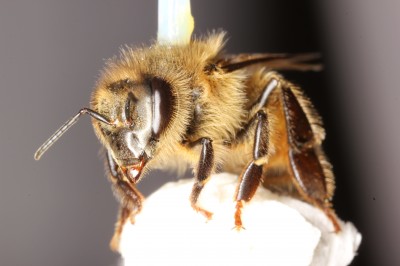 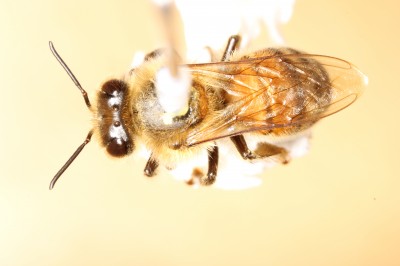