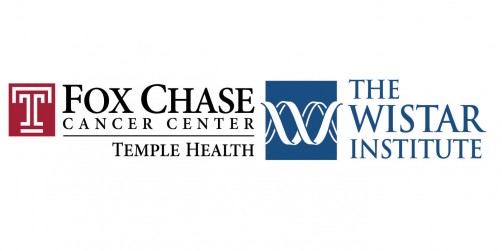 Newswise — PHILADELPHIA — (Dec. 2, 2021) — Fox Chase Cancer Center has opened an investigator-initiated, phase 1 clinical trial to evaluate the safety and efficacy of gamitrinib in patients with advanced cancer. Gamitrinib is a first-in-class, mitochondrial-targeted inhibitor of the molecular chaperone heat shock protein-90 (HSP90) that works by inhibiting tumor cell metabolism and survival.

Gamitrinib was developed at The Wistar Institute, an international biomedical research leader in cancer, immunology, infectious disease, and vaccine development, and the two Philadelphia institutions are collaborating to bring this potential new therapy to patients.

The study is a single center, open-label, phase 1 clinical trial of weekly intravenous gamitrinib administration. It is designed to enroll 18 to 36 patients. The primary goal of the study is to determine safety and tolerability. It will be complemented by analyses to determine how gamitrinib is metabolized in humans, assess biochemical evidence of target engagement, and gauge early efficacy signals.

Anthony J. Olszanski, MD, RPh, director of the Phase 1 Development Therapeutics Program and vice chair of clinical research at Fox Chase, is the principal investigator on the gamitrinib trial. “We are excited to share the news that the gamitrinib trial is now open for accrual. We hope to make progress in this very first step toward a promising new treatment for patients with advanced cancer, where there remains a high unmet need for new, effective therapies,” said Olszanski.

“Gamitrinib has had a long and storied journey,” said Dario C. Altieri, MD, Wistar president and CEO, director of The Wistar Institute Cancer Center, and the Robert & Penny Fox Distinguished Professor. His laboratory designed and developed the new drug candidate for clinical use.

“It is a humbling moment to see what started as a research tool advance through preclinical development and now reach our patients. From the start, and continuing to this milestone, this project has embodied our nation’s investment in research solely and continuously supported by competitively awarded public funds,” Altieri said.

“This new trial is important on many levels,” said Jonathan Chernoff, MD, PhD, Cancer Center Director at Fox Chase, which is part of the Temple University Health System. “Delivering anticancer agents inside mitochondria has not previously been brought to the clinic in oncology. It is a highly collaborative, longstanding endeavor across cancer centers here in Philadelphia and delivers considerable innovation for a first-in-human, investigator-initiated clinical trial.”

Known as the powerhouses of the cell for their ability to produce large quantities of cellular energy, mitochondria have been recognized as important tumor drivers, sustaining many critical disease traits. This involves a pool of the HSP90 chaperone that selectively accumulates in the mitochondria of tumor cells and helps in the folding and stability of critical mitochondrial proteins exploited in cancer.

Although conventional HSP90 inhibitors previously tested as cancer drugs failed to accumulate in mitochondria, gamitrinib was designed by the Altieri laboratory to selectively localize to mitochondria, inhibit the function of HSP90, and induce the collapse of mitochondrial metabolism and tumor cell survival.

Funding for the phase 1 clinical trial to evaluate the safety of gamitrinib is being provided by the National Institutes of Health’s National Cancer Institute, the U.S. Army Medical Research and Development Command’s Congressionally Directed Medical Research Program, and Gateway for Cancer Research, a nonprofit organization dedicated to funding meaningful breakthrough treatments and cures for patients worldwide.

The Wistar Institute is an international leader in biomedical research with special expertise in cancer research and vaccine development. Founded in 1892 as the first independent nonprofit biomedical research institute in the United States, Wistar has held the prestigious Cancer Center designation from the National Cancer Institute since 1972. The Institute works actively to ensure that research advances move from the laboratory to the clinic as quickly as possible. wistar.org.

About Fox Chase Cancer CenterThe Hospital of Fox Chase Cancer Center and its affiliates (collectively “Fox Chase Cancer Center”), a member of the Temple University Health System, is one of the leading cancer research and treatment centers in the United States. Founded in 1904 in Philadelphia as one of the nation’s first cancer hospitals, Fox Chase was also among the first institutions to be designated a National Cancer Institute Comprehensive Cancer Center in 1974. Fox Chase researchers have won the highest awards in their fields, including two Nobel Prizes. Fox Chase physicians are also routinely recognized in national rankings, and the Center’s nursing program has received the Magnet recognition for excellence five consecutive times. Today, Fox Chase conducts a broad array of nationally competitive basic, translational, and clinical research, with special programs in cancer prevention, detection, survivorship and community outreach. It is the policy of Fox Chase Cancer Center, that no one shall be excluded from or denied the benefits of or participation in the delivery of quality medical care on the basis of race, ethnicity, religion, sexual orientation, gender, gender identity/expression, disability, age, ancestry, color, national origin, physical ability, level of education, or source of payment.