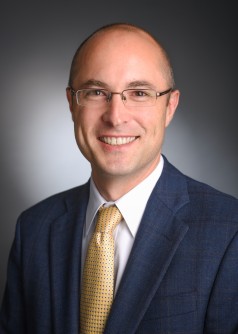 Newswise — A single blood test and basic information about a patient’s medical status can indicate which patients with myelodysplastic syndrome (MDS) are likely to benefit from a stem cell transplant, and the intensity of pre-transplant chemotherapy and/or radiation therapy that is likely to produce the best results, according to new research by scientists at Dana-Farber Cancer Institute and Brigham and Women’s Hospital.

In a study published in the New England Journal of Medicine, the investigators report that genetically profiling a patient’s blood cells, while factoring in a patient’s age and other factors, can predict the patient’s response to a stem cell transplant and help doctors select the most effective combination of pre-transplant therapies. The findings are based on an analysis of blood samples from 1,514 patients with MDS, ranging in age from six months to more than 70 years, performed in collaboration with investigators from the Center for International Blood and Marrow Transplant Research.

MDS is a family of diseases in which the bone marrow produces an insufficient supply of healthy blood cells. Treatments vary depending on the specific type of MDS a patient has; donor stem cell transplants are generally used for patients with a high risk of mortality with standard treatments.

“Although donor stem cell transplantation is the only curative therapy for MDS, many patients die after transplantation, largely due to relapse of the disease or complications relating to the transplant itself,” said the study’s lead author, R. Coleman Lindsley, MD, PhD, of Dana-Farber. “As physicians, one of our major challenges is to be able to predict which patients are most likely to benefit from a transplant. Improving our ability to identify patients who are most likely to have a relapse or to experience life-threatening complications from a transplant could lead to better pre-transplant therapies and strategies for preventing relapse.” Researchers have long known that the specific genetic mutations within MDS patients’ blood cells are closely related to the course the disease takes. The current study sought to discover whether mutations also can be used to predict how patients will fare following a donor stem cell transplant. Analysis of the data showed that the single most important characteristic of a patient’s MDS was whether their blood cells carried a mutation in the gene TP53. These patients tended to survive for a shorter time after a transplant, and also relapse more quickly, than patients whose cells lacked that mutation. This was true whether patients received standard “conditioning” therapy (which includes chemo- and/or radiation therapy) prior to transplant or received reduced-intensity conditioning, which uses lower doses of these therapies. Based on these results, doctors at Dana-Farber are now working on new strategies to overcome the challenges posed by TP53 mutations in MDS. In patients 40 years old and over whose MDS didn’t carry TP53 mutations, those with mutations in RAS pathway genes or the JAK2 gene tended to have a shorter survival than those without RAS or JAK2 mutations. In contrast to TP53 mutations, the adverse effect of RAS mutations on survival and risk of relapse was evident only in reduced-intensity conditioning. This suggests that these patients may benefit from higher intensity conditioning regimens, the researchers indicated. The study also yielded key insights about the biology of MDS in specific groups of patients. Surprisingly, one in 25 patients with MDS between the ages of 18 and 40 were found to have mutations associated with Shwachman-Diamond syndrome (a rare inherited disorder that often affects the bone marrow, pancreas, and skeletal system), but most of them had not previously been diagnosed with it. In each case, the patients’ blood cells had acquired a TP53 mutation, suggesting not only how MDS develops in patients with Schwachman-Diamond syndrome but also what underlies their poor prognosis after transplantation. The researchers also analyzed patients whose MDS arose as a result of previous cancer therapy (therapy-related MDS). They found that TP53 mutations and mutations in PPM1D, a gene that regulates TP53 function, were far more common in these patients than in those whose disease occurred in the absence of previous cancer treatment. “In deciding whether a stem cell transplant is appropriate for a patient with MDS, it’s always necessary to balance the potential benefit with the risk of complications,” Lindsley remarked. “Our findings offer physicians a guide – based on the genetic profile of the disease and certain clinical factors – to identifying patients for whom a transplant is appropriate, and the intensity of treatment most likely to be effective.” The senior author of the study is Benjamin Ebert, MD, PhD, of Brigham and Women’s Hospital (BWH). Co-authors are Brenton Mar, MD, PhD, Robert Redd, MS, Corey Cutler, MD, MPH, Joseph Antin, MD, and Donna Neuberg, ScD, of Dana-Farber and BWH; Wael Saber, MD, MS, Zhenhuan Hu, MPH, and Tao Wang, PhD, of the Center for International Blood and Marrow Transplant Research (CIBMTR) at the Medical College of Wisconsin; Michael Haagenson, MS, and Stephen Spellman, MBS, of CIBMTR, National Marrow Donor Program/Be The Match®, Minneapolis, Minn.; Peter Grauman, of BWH; Stephanie Lee, MD, of Fred Hutchinson Cancer Research Center; Michael Verneris, MD, of the University of Minnesota; Katharine Hsu, MD, PhD, of Memorial Sloan-Kettering Cancer Center; and Katharina Fleischhauer, MD, of University Hospital Essen, Essen, Germany.

Support for the study was provided by a grant from the Edward P. Evans Foundation; a Harvard Catalyst KL2–CMeRIT Award; a National Marrow Donor Program Immunobiology Research Study grant; grants from the National Institutes of Health (R01HL082945, R24DK099808, and 5P30 CA006516); and a grant from the Leukemia & Lymphoma Society.

About Dana-Farber Cancer InstituteFrom achieving the first remissions in childhood cancer with chemotherapy in 1948, to developing the very latest new therapies, Dana-Farber Cancer Institute is one of the world’s leading centers of cancer research and treatment. It is the only center ranked in the top 4 of U.S. News and World Report’s Best Hospitals for both adult and pediatric cancer care. Dana-Farber sits at the center of a wide range of collaborative efforts to reduce the burden of cancer through scientific inquiry, clinical care, education, community engagement, and advocacy. Dana-Farber/Brigham and Women’s Cancer Center provides the latest in cancer care for adults; Dana-Farber/Boston Children's Cancer and Blood Disorders Center for children. The Dana-Farber/Harvard Cancer Center unites the cancer research efforts of five Harvard academic medical centers and two graduate schools, while Dana-Farber Community Cancer Care provides high quality cancer treatment in communities outside Boston’s Longwood Medical Area.