Spine surgeons across the world are experiencing effects of COVID-19, including canceled procedures, changes in clinical roles, anxiety and risk of exposure to the disease themselves due to insufficient protective equipment. An international team of researchers reported these findings recently in the Global Spine Journal.

Patients with COVID-19 between the ages of 20 and 59 years old who also had asthma needed a ventilator to assist with breathing for five days more on average than non-asthmatic patients with COVID-19, according to researchers at Rush University Medical Center, who published their findings today in The Journal of Allergy and Clinical Immunology: In Practice.

Rush University Medical Center, one of the nation's most highly rated hospitals for quality and safety, has taken a series of innovative measures that strategically balance patient needs with science and safety as it resumes normal operations.

“None of Us Want to Stand Still” Documentary

None of Us Want to Stand Still" is a documentary made in partnership with Rush University Medical Center and Georgetown University Center for Excellence in Developmental Disabilities. The documentary shines a light onto the reality of how poorly people with intellectual and developmental disabilities are treated in the healthcare system. The film gives voice to advocates to share their stories, as well as experts' opinions on how the healthcare system can improve the treatment of persons with intellectual disabilities and on how changes can be made on all levels of a healthcare organization to better treat these patients.

The novel coronavirus pandemic is testing the limits of health care systems while also stretching thin the ranks of respiratory therapists, skilled professionals who were in short supply already. At Rush University Medical Center, a handful of student volunteers who are finishing their master’s degrees in respiratory care are helping out.

A very high level of a protein known as suPAR in the blood of patients with COVID-19 may be a predictor of severe respiratory failure, according to new research published in the Journal of Critical Care on April 30.

Working From Home Without Pain

According to physiatrist Max Fitzgerald, MD, we should focus on routines that prevent our muscles from getting tight and causing pain. This is increasingly important as we are dealing with both the emotional and physical toll of the COVID-19 pandemic.

Rush Testing Remdesivir as a Potential Treatment for COVID-19

Rush University Medical Center is participating in a new clinical trial to test the effectiveness of the drug remdesivir in the treatment of coronavirus disease 2019 (COVID-19).

Washing Wear: Five Ways to Keep Your Hands from Drying and Cracking

Now more than ever, hand-washing is important. As we work to battle the further spread of what is now a global pandemic, hand hygiene is our number weapon.

Wash your hands, clean your phone

As we look to minimize the spread of COVID-19 across the country, let’s not forget the mobile devices – the fomites – we carry around with us every day. Yes, wash your hands, but just as importantly, clean your phones.

‘This Is What Rush Was Built For'

Rush University Medical Center is officially operating in surge mode, as preparations for a potential sharp increase in patients with COVID-19 move into a new phase. 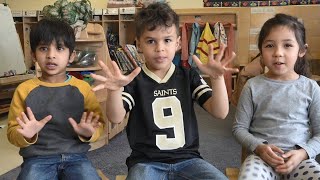 How Do You Wash Your Hands?

As coronavirus disease 2019 (COVID-19) spreads throughout the United States, it’s important to refresh one’s memory on basic disease prevention techniques. Parents should be passing these techniques on to their children.

Summit aims to build interprofessionalism within the health care environment

On March 6, from 8 a.m. to 4 p.m., representatives from dozens of health profession institutions will gather at Rush University Medical Center, 1725 W. Harrison St., to address the issue of how to improve communication across diverse health care professions.

The National Pancreatic Foundation’s National Center of Excellence for Pancreatic Cancer designation is earned by hospitals that demonstrate the multi-disciplinary approach, social support and advanced research resources needed to treat this devastating disease.

Physician-Scientists and other researchers at Rush University Medical Center, in collaboration with colleagues at other institutions, have revealed a new treatment target that may help change the outcome for patients at risk of AKI.

Rush University Medical Center is the first health care organization to launch a genomic results module within an electronic medical record. While cancer cells contain the clues needed to identify specific treatments, few providers have the expertise to readily put that information into practice. Integrating genomic test results into the electronic medical record makes the power of cancer genomics part of routine cancer care at Rush.

Rush’s College of Nursing Vaults to No. 1 in U.S. News’ Online Program Rankings

Rush University College of Nursing rose to the No. 1 spot among 183 schools eligible for the graduate nursing programs category in U.S. News & World Report’s 2020 Best Online Programs list released today. Distance learning plays a key role in helping to solve the U.S.’s nursing shortage as advanced practice nurses, functioning in both inpatient and outpatient settings, can increase accessibility to high quality and cost-effective care. This is particularly true for underserved rural and urban populations.

Physicians and scientists at Rush University Medical Center have found that injecting tumors with influenza vaccines, including some FDA-approved seasonal flu shots, turns cold tumors to hot, a discovery that could lead to an immunotherapy to treat cancer. The study results were published December 30th in the Proceedings of the National Academy of Sciences.

Rick Sumner, PhD, has spent years studying implants and ways to decrease failure by catching it early. In recognition of his distinguished contributions to understanding bone remodeling around orthopedic implants and developing strategies to improve implant fixation, Sumner has been named a fellow of the American Association for the Advancement of Science (AAAS).

The Enhanced Lifestyles for Metabolic Syndrome (ELM) Trial, a multisite test of two lifestyle treatments for a dangerous cluster of sub-disease indicators called the metabolic syndrome, is now accepting applicants at five medical centers around the country.

Older people who experienced more hospitalizations and also had more Alzheimer’s pathology in their brain experienced the fastest rates of cognitive decline, according to study results published in the October 15 online issue of the Annals of Neurology.

Rush is part of national study to test effects of lifestyle intervention on older adults at risk for dementia.

Citing her gender equity leadership, Rush University Medical Center oncologist Dr. Shikha Jain has been named one of Modern Healthcare’s Top 25 Emerging Leaders in 2019, a group of health care providers, researchers and executives in their 30s who have made significant contributions in the areas of health care administration, management or policy early in their careers.

Dr. Joshua Jacobs Elected Vice President of the American Board of Orthopaedic Surgery

Joshua J. Jacobs, MD, William A. Hark, MD and Susanne G. Swift Professor and Chair of Orthopedic Surgery at Rush University Medical Center, has been elected as Vice President of the American Board of Orthopaedic Surgery (ABOS) for a one-year term.

Rush experts can comment on Neuroendocrine cancer, the rare and often aggressive cancer that took the life of Bernie Sanders' daughter-in-law Rainè Riggs, 48

Addressing social needs as a part of health care delivery can help achieve better health outcomes and potentially address major challenges in the United States health care system, according to a recently published consensus report by the National Academies of Sciences, Engineering and Medicine (NASEM).

Behavioral medicine experts from the Rush University Prevention Center at Rush University Medical Center are going straight to patients’ homes to see if they can find solutions to address childhood obesity. An ongoing study called, “Creating Healthy Environments for Chicago Kids” (CHECK) is comparing a family-based treatment program delivered in the home versus traditional clinic visits.

Rush University Medical Center was the top ranked large academic medical center in the country in the 2019 Vizient Quality and Accountability Study, which many experts consider to be the most accurate gauge of the quality of care a hospital delivers because it is entirely based on data from all patients, not reputation.

Rush University System for Health today launched Indoor Directions, a new feature within the My Rush mobile app that offers turn-by-turn directions inside Rush buildings to help patients navigate around them.

Results of a recent study suggest that using an alternative MMA regimen of the pain relievers oral acetaminophen and gabapentin, as well as intravenous acetaminophen during surgery, is safe and more effective than conventional pain relief treatments that include opioids. The results were published in the print issue of JAMA on Sept. 1.

As technology progresses, Rush is developing and implementing new tools to offer more options and convenience to patients. Today, the Rush University System for Health launched its new electronic health record platform, the My Rush mobile app, which is available free for use on Android and Apple mobile phones.

All three hospitals in the Rush University System for Health have been designated a "Leader in LGBTQ Healthcare Equality" in the Healthcare Equality Index -- an annual survey of how U.S. health care facilities treat lesbian, gay, bisexual, transgender and queer/questioning patients and their families, as well as their own LGBTQ employees.

Rush University Medical Center has joined the national movement to improve health care for older adults by becoming the only hospital in Illinois to be part of the Age-Friendly Health Systems initiative.

Rush University Medical Center has renamed its orthopedic building The Sofija and Jorge O. Galante Orthopedic Building in recognition of Dr. Jorge Galante’s leadership, his revolutionary contributions to his field and the Galante family’s lasting legacy of philanthropy. A dedication ceremony took place on Aug. 9 in the building, which is located at 1611 W. Harrison St. in Chicago.

Rush is the first academic medical center in Illinois and the first comprehensive stroke center in the state to offer the Woven EndoBridge (WEB) Aneurysm Embolization System, a minimally invasive option for treating wide-neck bifurcation aneurysms in certain areas of the brain.

Findings published today in the journal Science Translational Medicine suggest that a type of white blood cell called tumor associated macrophages that have been deceived by pancreatic cancer cells into not attacking them can be “reprogrammed” by a specially designed molecule that activates a protein found on their surfaces.

Rush University Medical Center is increasing its efforts to bring safety, equity and dignity to the workplace as part of the TIME’S UP Healthcare (TUH) campaign. Rush is the first and only academic medical center in Illinois and among 29 signatories that pledged their commitment to address workplace discrimination, harassment and abuse; and create equitable and safe cultures with the healthcare industry.

A Better Way to Mend a Hole in the Heart

Rush University Medical Center is the first hospital in Chicago to use a new technology that enables specially trained physicians to use a single stitch to close an opening between the upper chambers of the heart – a condition that is found in about one in four people, most of whom are unaware of it. Known as Noble Stitch, the new technology replaces the standard way to close this opening in the heart, which uses an implanted metal device that stays within the heart muscle.

A new technology that increases the safety and precision of spinal fusion surgeries while reducing the time needed for the procedure now is available at Rush University Medical Center. Called the Mazor X Robotic Guidance Platform, the technology combines imaging prior to surgery and image guidance during the procedure, which enhances surgical planning and precision.

A brain disorder that mimics symptoms of Alzheimer’s disease has been defined with recommended diagnostic criteria and guidelines for advancing future research on the condition. Researchers at Rush University Medical Center and scientists from several National Institutes of Health-funded institutions, in collaboration with international peers, described the newly-named pathway to dementia, Limbic-predominant Age-related TDP-43 Encephalopathy, or LATE, in a report published today in the journal Brain.

One Woman's Cancer Fight: a Case Study in Structural Racism