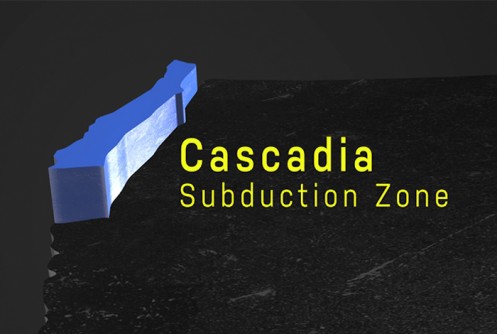 Newswise — LOS ALAMOS, N.M., February 26, 2020—Applying deep learning to seismic data has revealed tremor and slip occur at all times—before and after known large-scale slow-slip earthquakes—rather than intermittently in discrete bursts, as previously believed. Even more surprisingly, the machine learning generalizes to other tectonic environments, including the San Andreas Fault.

“The work tells us that the physics of friction on faults appears to have universal characteristics—something we suspected but could not prove,” said Bertrand Rouet-Leduc, a geophysicist in the Geophysics group at Los Alamos National Laboratory and lead author on the paper.

In the research, the team trained a convolutional neural network—a form of deep learning—on a tremor catalog created by Aaron Wech of the University of Washington. The catalog uses several years of seismograms from one seismic station on Vancouver Island in the Cascadia region of the Pacific Northwest. Tremor events that were initially identified by multi-station methods formed the training set. The team then used the deep learning model to find many more events.

“The study suggests that slow slip within megathrust zones is not random. This research is part of a body of work that tells us that precursors are taking place much more frequently than previously thought, in agreement with laboratory experiments and theory,” said Rouet-Leduc.

The paper, “Probing Slow Earthquakes with Deep Learning,” was published February 24, 2020 in Geophysical Research Letters. This work is part of ongoing research at Los Alamos that has identified a continuous acoustic signal emitted by slow-slip events. The signal can be read at any instant to indicate the time remaining to fault failure in both laboratory and real-world quakes.

The research was funded by the Los Alamos Laboratory Directed Research and Development program and the US Department of Energy Office of Basic Research, Geoscience Program.