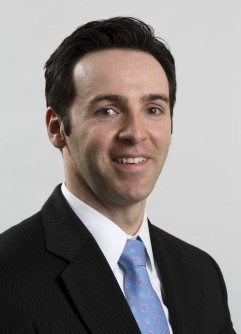 Clinician/scientist Dr. Slava Epelman is a staff cardiologist at the Peter Munk Cardiac Centre at the University Health Network in Toronto.

Newswise — Toronto, December 11, 2018 – Scientists at the Peter Munk Cardiac Centre have identified the type of cell key to helping the heart repair and potentially regenerate following a heart attack.

These cells, referred to as macrophages, have the ability to act in a neo-natal-like state, a time in life where they aid in the growth and development of organs, meaning they could be channeled to help repair the heart following a heart attack.

Macrophages are white blood cells that live in organs and are key components of our immune system. They have a well-established ability to fight infections, but more recently, have been shown to help promote repair and regeneration of tissues.

“We’re very excited about this study’s findings, as it culminates in five years’ worth of work, trying to understand how these cells can be helpful to someone who has recently suffered a heart attack,” explains Dr. Slava Epelman, staff cardiologist and immunologist at PMCC, Loretta Rogers Chair in Immunobioengineering. "Using a computational approach, we found that instead of a single type of macrophage, there are at least four types that live within the un-injured heart, and that number increases to 11 after a heart attack, which indicates the immune system behaves in much more complex fashion than we ever imagined.”

First, they found that the neo-natal like macrophage cells are lost after a heart attack in adults, which could explain why the adult heart may not heal itself as well as the neonatal heart. In very young animals, neo-natal macrophages increase in number and are very effective at triggering the regrowth of heart muscle and blood vessel cells.

“Genetically removing neo-natal like macrophages at the time of the heart attack in adult animals worsens heart function most profoundly at the region of the heart separating injured and un-injured heart muscle – the only zone of the adult heart where they increase in number,” says Dr. Epelman, explaining this demonstrates their important role in tissue repair in regions in which they remain.

They also found large numbers of macrophages are attracted to the heart after a heart attack, and small number enter into the neonatal state, except, too late. “These cells have the ability to transform into a neo-natal like state of regeneration, except not fast enough,” says Dr. Epelman. By the time they arrive on site after a heart attack, a scar has formed in the heart in the place of heart muscle.

These findings are an instrumental step towards helping scientists determine how the heart takes care of itself following an injury.  “Each cell has a unique role to play in the human body, but our next question is: how can we guide a cell that enters the heart into a neo-natal state more efficiently and, ultimately, more effectively?” says Dr. Epelman.

About the Peter Munk Cardiac Centre

The Peter Munk Cardiac Centre (PMCC), established through the generous support of the Peter and Melanie Munk Charitable Foundation, is the premier cardiac centre in Canada. Since its opening, the PMCC has saved and improved the lives of cardiac and vascular patients from around the world. More than 163,000 patients annually receive innovative and compassionate care from multidisciplinary teams in the PMCC, which trains more cardiologists, cardiovascular surgeons, and vascular surgeons than any other hospital in Canada. The PMCC is based at the Toronto General Hospital, Toronto Western Hospital and Toronto Rehabilitation Institute – all members of University Health Network. For more information, visit www.petermunkcardiaccentre.ca