The Facebook page Native Americans Sharing Hope and Healing through Living Kidney Donation head features stories about those on dialysis, those who have received and donated kidney and their donors.

Here's a second design for the Facebook page, which has helped bring together those dealing with kidney failure. 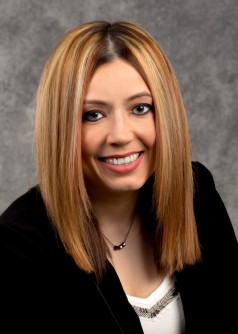 Newswise — Nearly half of all American adults who use the internet have accessed information on specific health conditions, according to a 2009 National Health Interview Survey. The Pew Internet and American Life project reported that as of August, 2012, an estimated 80 percent of American internet users searched for health information.

This trend creates a powerful opportunity for communication experts to partner with health-care practitioners to make a difference in the lives of patients, particularly those dealing with chronic conditions. “It’s essential to evaluate how people use online resources when developing materials for social media campaigns,” said Rebecca Katherine Britt, assistant professor and coordinator of the social media minor in the Department of Journalism and Mass Communication at South Dakota State University.

Britt, who came to South Dakota State University after earning her doctorate in communication from Purdue University in 2012, conducts research that promotes public health by applying communication theories and using mass communication and social media. To do this, she engages in interdisciplinary research projects that bring together communicators and health-care professionals to help build healthier communities by increasing patient education and preventative health care.

“This tool is helpful when developing a social media campaign, for instance, and working with a sensitive population,” Britt explained. “It helps inform us on how to design and develop materials.” Their paper is published in a 2016 issue of the Technical Communication Quarterly.

SDSU College of Nursing Dean Nancy Fahrenwald and Research Coordinator Shana Harming understand the impact that Britt’s expertise can have. They worked with Britt and a team of SDSU communication experts, who designed a social media campaign aimed at helping Native Americans on dialysis make informed decisions, which can include seeking a kidney transplant from a living donor.

The campaign is part of a larger research project led by Fahrenwald to educate Native Americans about living kidney donation through the Collaborative Research Center for American Indian Health, which is supported by a grant from the National Institute on Minority Health and Disparities.

“This is a great way to educate the public, especially young people,” said Harming. “Rebecca is an artist and a scholar—what she develops and posts on social media is an art form.”

Fahrenwald and Harming provided the team with cultural perspectives and shared educational materials, including a brochure and video, that they developed and tested during the first three years of the project. Britt and her colleagues utilized feedback from Native Americans on dialysis who had previously participated in the project, to select the most impactful content for the social media campaign.

The campaign, which launched in November 2016, has been successful in the state, according to Britt, who designed the campaign, creating materials for Twitter and Facebook based on the original brochure and video.

The Facebook page Native Americans Sharing Hope and Healing through Living Kidney Donation, has seen the highest engagement levels, with some posts garnering more than 500 views and several reaching as many as 4,000 views, likes and clicks.

“People go to Facebook automatically,” Britt said. “It’s easy to see, like and share the posts.” The South Dakota Department of Health has promoted the campaign, which has also opened collaborative opportunities with other organizations promoting organ donation. National Donate Life month, a yearly nationwide observance in April, helped the researchers develop other social media partnerships.

Their success has led them to set the bar higher. “We were very fast and efficient—and now we want to target a national audience,” Harming explained.

Britt said, “We want to build on this momentum for future campaigns.” That means reaching Native American audiences across the nation and including information for families and friends who are potential donors.

Harming said, “Social media is limitless for its reach. It’s definitely the future.”

Caption: The Facebook page Native Americans Sharing Hope and Healing through Living Kidney Donation head features stories about those on dialysis, those who have received and donated kidney and their donors.