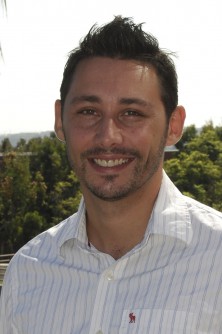 Newswise — LA JOLLA, CA — February 1, 2017 — Scientists at The Scripps Research Institute (TSRI) have found that deep brain stimulation (DBS) can greatly reduce the compulsion to use heroin in standard rat models of addiction.

Rats that were used to taking heroin, and normally would have self-administered more and more of the drug, did not escalate their intake when treated with DBS.

The treatment involves the weak electrical stimulation, via implanted electrodes, of a brain region called the subthalamic nucleus.

“It has been very difficult to reduce heroin-seeking and -taking in an animal model because heroin is such an addictive drug, but the results here are very impressive,” said the study’s principal investigator Olivier George, an associate professor in TSRI’s Committee on the Neurobiology of Addictive Disorders. “This is the type of preclinical evidence that one needs, in order to start testing this strategy in humans.”

DBS of the subthalamic nucleus is already used to treat symptoms of Parkinson’s disease and a separate movement disorder known as “essential tremor.”

Scientists still don’t fully understand what the subthalamic nucleus does in the brain, but it apparently can modulate not only the abnormal muscle activity of movement disorders, but also compulsive behaviors. Researchers have noted, for example, that DBS of the subthalamic nucleus in Parkinson’s patients can reduce compulsive gambling and shopping. In 2009, the FDA approved the use of subthalamic DBS for severe cases of obsessive-compulsive disorder. Some recent studies in rodents have suggested that DBS of this region can also reduce the motivation for cocaine.

In the new study, published recently as an advance online paper in the journal Neuropsychopharmacology, George and his team used a model of heroin addiction in which rats are allowed to self-administer heroin by pressing a lever, for 12 hours per day over a two-week period. In this model, the rats normally increase their intake and show various other signs of addiction. When their access to the drug is restored after a two-week abstinence period, they rapidly re-escalate their intake.

“It’s like a human drug user who goes into rehab for two weeks, and then comes back into the real world where he has access to the drug, and starts taking more and more again,” George said.

In the study, however, only the control rats who received no DBS stimulation re-escalated their intake after the period of abstinence. The DBS-treated rats kept their intake stable at a low level.

When the researchers switched off the DBS for two days, the treated rats resumed a normal pattern of escalating heroin intake. “It was really like an on-off switch,” George said. “Then two days later we turned it on again and their intake came back down.”

In a second model in which rats are given shorter exposures to heroin, DBS-treated animals again had significantly lower intakes compared to untreated rats. Other experiments demonstrated that the treated rats had markedly less motivation for heroin, giving up more quickly when having to press a lever many times to obtain more of the drug.

Overall the DBS-treated rats were just as active as control rats, indicating that the treatment didn’t work simply by reducing physical activity.

Prior tests of the effects of DBS on compulsive behaviors have generated conflicting results and interpretations. But George’s team examined measures of neuronal activity during DBS and concluded that the treatment in this case worked by forcing a net reduction in the activity of the subthalamic nucleus. Several regions that lie “downstream” from the subthalamic nucleus also showed signs of reduced activity with DBS treatment.

"We think that deep brain stimulation can be a useful non-drug intervention for treatment of addiction,” added Carrie L. Wade, a postdoctoral research associate in the George Laboratory during the study, now at the University of Minnesota.

George noted that the intensity of the DBS used in the study was much lower than what is used for treating movement disorders, and so is unlikely to impair normal movement. “We think the low intensity of stimulation will affect only the emotional, motivational part of the subthalamic nucleus and not the part that’s involved in controlling muscle movements,” George said.

In addition to George, Koob and Wade, authors of the study, “High-Frequency Stimulation of the Subthalamic Nucleus Blocks Compulsive-Like Re-Escalation of Heroin Taking in Rats,” were Marsida Kallupi, Daniel O. Hernandez, Emmanuel Breysse, Giordano de Guglielmo, Elena Crawford, and Paul Schweitzer, all of TSRI, and Christelle Baunez of CNRS and Aix Marseille University.

Funding was provided by the National Institute on Drug Abuse (grant DA029821) and the Pearson Center for Alcoholism and Addiction Research.