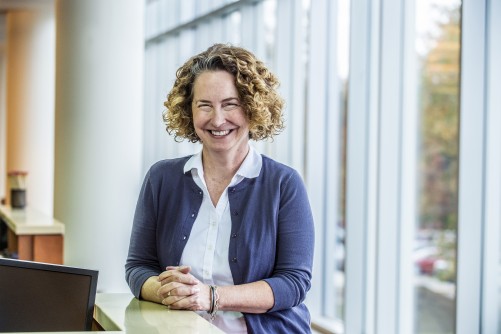 (Editor’s Note: Citations are below.)

Newswise — MORGANTOWN, W.Va.—Prescription medications, including antidepressants and pain medications, can have various side effects and risks, and a West Virginia University researcher is examining whether patients understand the risks associated with driving.

“We were very surprised that our study was the first we could find on this topic. It’s an understudied area.” says Pollini, who is also an associate professor in the Department of Behavioral Medicine and Psychiatry in the WVU School of Medicine.

Nearly 20 percent of people in the study, which was published in the November issue of Journal of Studies on Alcohol and Drugs, reported recent use of a prescription medication with the potential for impairment, but not all said they were aware that the medication could affect their driving, despite the potential for receiving warnings from their healthcare provider or the pill bottle’s label itself.

It’s unclear whether the study participants didn’t recall the warnings or never received them. Either way, Pollini and her coauthors say this scenario warrants further research.

She emphasizes, however, that many people take these medications and drive without incident every day.

“It really depends on what you’re taking, why and for how long. That’s why the suggestion is that doctors and pharmacists talk to individual patients—because the impairment potential will be different across patients.”

The study focuses on people who took drugs that a physician prescribed them for therapeutic purposes. It does not account for drivers who took illegal drugs or used legal drugs without a physician’s prescription.

Pollini hopes this research will lead to increased warnings provided by doctors and pharmacists, as well as improved labeling for medications that are likely to impair driving.

“The vast majority of drivers who are recent users of prescription drugs that have the potential for impairment have come into contact with a physician, a pharmacist and a medication label,” she says. “There’s an opportunity here that’s not being leveraged: to provide people with accurate information about what risks are associated with those drugs. People can then make informed decisions about whether they’re able to drive.”

Receipt of warnings regarding potentially impairing prescription medications and associated risk perceptions in a national sample of U.S. drivers.