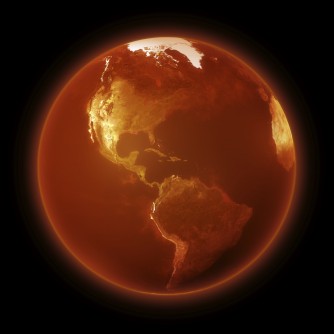 Survey results are published in the October issue of the Annals of the American Thoracic Society.

“The response from international physicians underscores that of American respondents who noted the impact of illness severity related to increases in pollution, specifically asthma, COPD, pneumonia and cardiovascular disease,” said John Balmes, MD, past Chair of the ATS Environmental Health Policy Committee and one of the study authors.

The survey, which was conducted by the Center for Climate Change Communication at George Mason University, polled 5,013 international members. The survey had a response rate of 9.8 percent and respondents represented 68 countries.

The survey results come on the heels of the DC District Court of Appeals’ hearing of oral arguments related to the US Environmental Protection Agency’s Clean Power Plan on September 27. ATS and several physician organizations jointly filed an amicus brief with the court arguing that climate change has negative consequences for patients’ health.

About the American Thoracic SocietyFounded in 1905, the American Thoracic Society is a medical professional organization dedicated to the prevention, treatment, research and cure of pulmonary disease, critical care illness and sleep-disordered breathing. Our 15,000 physician, researcher, nurse, respiratory therapist and other allied health professional members pursue our mission through research, education, clinical care and advocacy.

Because of the well-established links between exposures to air pollution and respiratory health, the ATS plays an active role in advocating for National Ambient Air Quality standards that protect the public health from air pollution.