Can You Blame Your Health Problems on Your Grandfather? Possibly 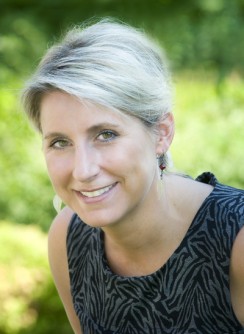 Sarah Kimmins and her colleagues have found part of the key to how a man's life experience may cause diseases in his children and grandchildren. And it's not about his DNA

Newswise — If you have diabetes, or cancer or even heart problems, maybe you should blame it on your dad’s behaviour or environment. Or even your grandfather’s. That’s because, in recent years, scientists have shown that, before his offspring are even conceived, a father’s life experiences involving food, drugs, exposure to toxic products and even stress can affect the development and health not only of his children, but even of his grandchildren.

But, despite a decade of work in the area, scientists haven’t been able to understand much about how this transmission of environmental memories over several generations takes place. McGill researchers and their Swiss collaborators think that they have now found a key part of the molecular puzzle. They have discovered that proteins known as histones, which have attracted relatively little attention until now, may play a crucial role in the process.

They believe that this finding, which they describe in a paper just published in Science, has the potential to profoundly change our understanding of how we inherit things. That’s because the researchers show that there is something apart from DNA that plays an important role in inheritance in general, and could determine whether a father’s children and grandchildren will be healthy or not.

In the past, most of the research in this area, which is known as epigenetics, has focused on a process involving DNA and certain molecules (known as methyl groups) that attach to DNA and act a bit like a dimmer switch – turning up or down the expression of specific genes.

The researchers were curious about whether histones might play a role in transmitting heritable information from fathers to their offspring because they are part of the content of sperm transmitted at fertilization. Histones are distinct from our DNA, although they combine with it during cell formation, acting a bit like a spool around which the DNA winds.

So, to test their theory about the possible role of histones in guiding embryo development the researchers created mice in which they slightly altered the biochemical information on the histones during sperm cell formation and then measured the results. (It’s a bit like putting a nick in a spool of thread and seeing how it affects the way the thread then loops around the spool.) They then studied the effects on the offspring.

“When we saw the decreased survivability across generations and the developmental abnormalities we were really blown away as it was never thought that altering something outside the DNA, i.e. a protein, could be involved in inheritance,” said Sarah Kimmins, from McGill’s Dept. of Animal Science, and one of the lead authors on the paper. Kimmins is also the Canada Research Chair in Epigenetics, Reproduction and Development.

Kimmins added, “These findings are remarkable because they indicate that information other than DNA is involved in heritability. The study highlights the critical role that fathers play in the health of their children and even grand-children. Since chemical modifications on histones are susceptible to environmental exposures, the work opens new avenues of investigation for the possible prevention and treatment of diseases of various kinds, affecting health across generations.”

Experts who have commented or are willing to be interviewed about the paper:

Prof. Marisa Bartolomei, Dept. of Cell and Developmental Biology, Perelman School of Medicine, University of Pennsylvania“While there is substantial evidence that fathers can transmit diseases and adverse phenotypes to their children in the absence of genetic mutations, this is the first study that shows a feasible mechanism by which this can happen. This gives researchers confidence to pursue histone retention in the male germ cells as a mechanism of inheritance....and it also will serve as a reminder to fathers to be diligent protectors of their germline.”