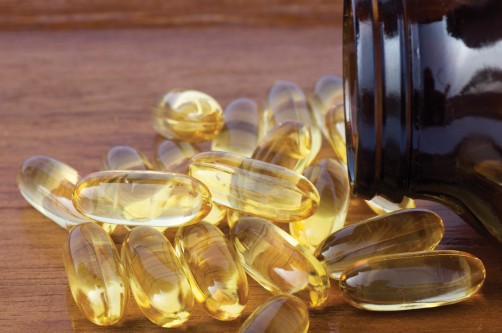 Newswise — SAN DIEGO, CA (March 16, 2015) - Researchers at UC San Diego and Creighton University have challenged the intake of vitamin D recommended by the National Academy of Sciences (NAS) Institute of Medicine (IOM), stating that their Recommended Dietary Allowance (RDA) for vitamin D underestimates the need by a factor of ten.

In a letter1 published last week in the journal Nutrients the scientists confirmed a calculation error noted by other investigators, by using a data set from a different population. Dr. Cedric F. Garland, Dr.P.H., adjunct professor at UC San Diego’s Department of Family Medicine and Public Health said his group was able to confirm findings published by Dr. Paul Veugelers2 from the University of Alberta School of Public Health that were reported last October in the same journal.

“Both these studies suggest that the IOM underestimated the requirement substantially,” said Garland. “The error has broad implications for public health regarding disease prevention and achieving the stated goal of ensuring that the whole population has enough vitamin D to maintain bone health.”

The recommended intake of vitamin D specified by the IOM is 600 IU/day through age 70 years, and 800 IU/day for older ages. “Calculations by us and other researchers have shown that these doses are only about one-tenth those needed to cut incidence of diseases related to vitamin D deficiency,” Garland explained.

Robert Heaney, M.D., of Creighton University wrote: "We call for the NAS-IOM and all public health authorities concerned with transmitting accurate nutritional information to the public to designate, as the RDA, a value of approximately 7,000 IU/day from all sources.”

“This intake is well below the upper level intake specified by IOM as safe for teens and adults, 10,000 IU/day,” Garland said. Other authors were C. Baggerly and C. French, of GrassrootsHealth, a voluntary organization in San Diego CA, and E.D. Gorham, Ph.D., of UC San Diego.

About GrassrootsHealth: GrassrootsHealth is a nonprofit public health research organization dedicated to moving public health messages regarding vitamin D from science into practice. GrassrootsHealth is currently running the D*action population intervention program to solve the vitamin D epidemic worldwide. Under the D*action umbrella, there are programs looking at the entire population as well as targeted programs for breast cancer prevention and a newly announced ‘Protect Our Children NOW!’ program to reduce the complications of vitamin D deficiency encountered during pregnancy and childhood. # # #