Raising the Heat to Lower the Cost of Solar Energy

21-May-2018 11:05 AM EDT, by Sandia National Laboratories Edit Institution
favorite_border 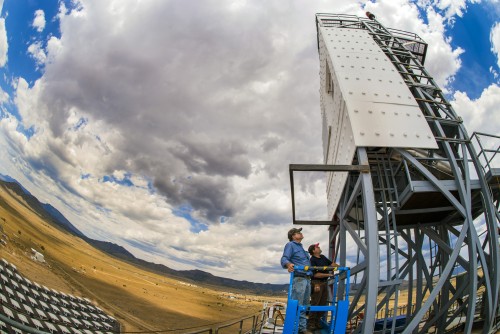 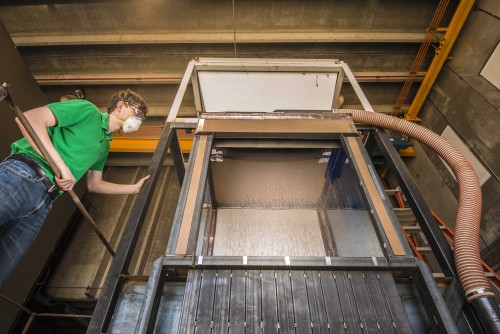 Sandia National Laboratories’ Josh Christian works with the falling particle receiver during a test. Sandia will receive $10.5 million from the Department of Energy to help make concentrating solar power cheaper and more efficient.

ALBUQUERQUE, N.M. — Sandia National Laboratories will receive $10.5 million from the Department of Energy to research and design a cheaper and more efficient solar energy system.

The work focuses on refining a specific type of utility-scale solar energy technology that uses mirrors to reflect and concentrate sunlight onto a receiver on a tower. The heat from the concentrated sunlight is absorbed by either a liquid, gas or solid and stored or used immediately in a heat exchanger to generate electricity. This type of energy, called concentrating solar power, is appealing because it can supply renewable energy — even when the sun is not shining — without using batteries for storage.

Sandia is leading one of three teams selected by the department’s Solar Energy Technologies Office to compete to build a high temperature concentrating solar power system with built-in heat storage. Sandia’s proposed system uses sand-like ceramic particles to absorb and store the heat from the concentrated sunlight. Sandia already has developed the world’s first high-temperature falling particle receiver, and this research will refine and integrate that system into a complete pilot plant.

“We have demonstrated a prototype for the continuously circulating falling particles, and now we are adding six hours of storage, a 1-megawatt heat exchanger and a particle lift to demonstrate the entire thermal system,” said Cliff Ho, Sandia’s lead engineer on the project. “We believe particles are the best option for going to higher temperatures for advanced power cycles. The particles are inexpensive, durable and non-corrosive. They can be stored directly, they don’t freeze and they can reach temperatures over 1000 C.”

During the first phase of the two-year project, Sandia will design and evaluate the key components of its proposed pilot plant and work to mitigate risks associated with falling particle and concentrating solar power technology. Ho said the team will focus on minimizing heat and particle losses from the receiver and identifying suitable designs for particle storage and a particle-to-working-fluid heat exchanger that will work for a large-scale power plant. The team will perform analyses to identify designs that meet both cost and performance goals for the Department of Energy.

During a second phase, the team will write a proposal that details the final concept for its proposed pilot plant. The DOE will also receive proposals from the two other teams and will choose one team to receive up to $25 million to construct and operate a pilot plant in the third phase of the program. 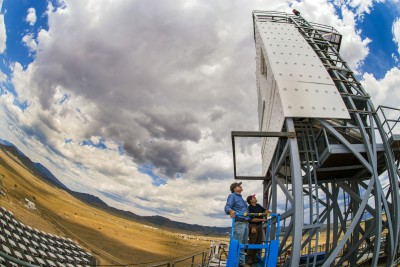 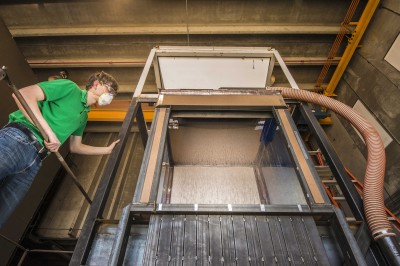