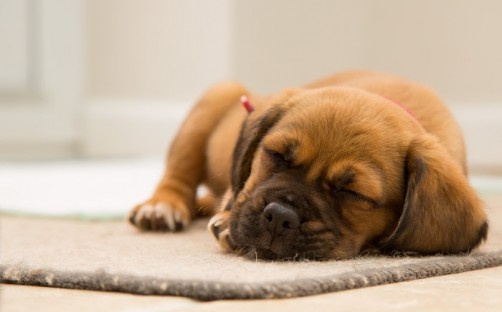 Newswise — When you catch a nasty cold, curling up in bed to sleep may be the only activity you can manage. Sleeping in response to stress isn’t a uniquely human behavior: many other animals have the same reaction, and it’s not clear why. While the circadian sleep that follows the pattern of the clock has been studied extensively, sleep that’s triggered by stress is far less understood.

In the October issue of GENETICS, DeBardeleben et al. describe their investigation of stress-induced sleep in the nematode worm Caenorhabditis elegans, using ultraviolet C (UVC) radiation to induce stress. The researchers found that after UVC exposure, the worms initially wriggled more, but then their movements slowed as if they were dozing off.

To make sure the worms were truly asleep and not just resting quietly, DeBardeleben et al. exposed the worms to octanol vapor, which causes wakeful worms to immediately recoil because they find the chemical noxious. The UVC-treated worms took a moment to move away—a clue they were truly sleeping. The researchers also made sure the UVC-exposed worms weren’t just taking longer to react because they were injured by the light treatment. They tried waking a few of them by prodding them gently with a wire, and the worms that were poked reacted much more quickly to the foul octanol than those left undisturbed.

After the researchers established that UVC exposure caused stress-induced sleep in C. elegans, they investigated the genetic basis of the phenomenon. Since UV radiation damages DNA, they hypothesized that proteins involved in the response to DNA damage might be connected to the worms’ drowsiness. They found that mutating the gene for one of these proteins, CEP-1, reduced how sleepy the worms got after UVC irradiation.

CEP-1’s mammalian homolog is p53, a protein so critical in the response to DNA damage that it’s often called the guardian of the genome. Many mammals also respond to radiation with sleepiness; for example, radiation therapy for human cancers and some other diseases is associated with intense lethargy. The reason for the urge to sleep isn’t known for certain, but some research suggests it may actually be protective. Rabbits that sleep after an infection, for example, are more likely to survive than their wakeful counterparts.