Tracing Interstellar Dust Back to the Solar System’s Formation 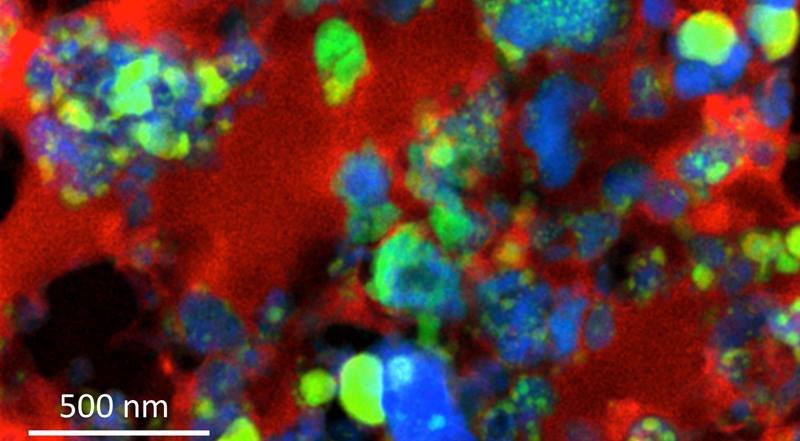 Interplanetary particles from Earth’s upper atmosphere contain dust from the initial formation of the solar system, according to a research team. The exotic grains may represent the building blocks of planets from 4.6 billion years ago. Analysis of these materials makes it possible to gain deeper insights into the processes that formed and altered our solar system.

The initial solids from which the solar system formed consisted almost entirely of carbon, ices, and disordered (amorphous) silicate, the team concluded. This dust was mostly destroyed and reworked by processes that led to the formation of planets. Surviving samples of pre-solar dust are most likely to be preserved in comets—small, cold bodies that formed in the outer solar nebula.

In a relatively obscure class of these interplanetary dust particles believed to originate from comets, there are tiny glassy grains called GEMS (glass embedded with metal and sulfides) that are typically only tens to hundreds of nanometers in diameter, or less than a hundredth of the thickness of a human hair. The research team made maps of the element distributions and discovered that these glassy grains are made up of subgrains that aggregated together in a different environment before the formation of the comet.

The nanoscale GEMS subgrains are bound together by dense organic carbon in clusters comprising the GEMS grains. These GEMS grains were later glued together with other components of the cometary dust by a distinct, lower-density organic carbon matrix. The types of carbon that rim the subgrains and that form the matrix in these particles decompose with even weak heating, suggesting that the GEMS could not have formed in the hot inner solar nebula and instead formed in a cold, radiation-rich environment, such as the outer solar nebula or pre-solar molecular cloud.

Portions of this work were performed at the Molecular Foundry and the Advanced Light Source at Lawrence Berkeley National Laboratory, which are supported by the Department of Energy, Office of Science, Basic Energy Sciences. H.A.I. acknowledges funding by the National Aeronautics and Space Administration’s (NASA’s) Laboratory Analysis of Returned Samples and Emerging Worlds Programs. J.P.B. and C.F. acknowledge funding by NASA’s Cosmochemistry Program.