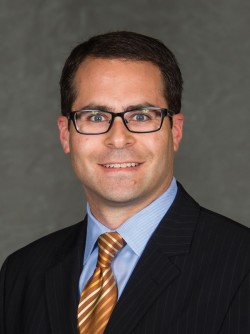 Locating factories and power plants near downwind borders can allow states to reap the benefits of jobs and tax revenue but share the negative effects -- air pollution -- with neighbors.

"When you look at the location of major sources of air pollution, they are more likely to be nearer to downwind state borders, when compared to similar industrial facilities," said David Konisky, associate professor in the School of Public and Environmental Affairs at IU Bloomington.

The trend is especially pronounced for large facilities that emit toxic air emissions, those that are included in the Environmental Protection Agency's Toxics Release Inventory program.

States have long complained about air pollution from their neighbors. The Clean Air Act was designed to address the problem by setting uniform pollution standards. But under the U.S. system of federalism, enforcement of the regulations falls largely to the states, which may have less interest in regulating facilities that produce air pollution that crosses state boundaries. The system lends itself to "free riding," meaning those who benefit from goods or services don't pay the full cost.

Previous research has found that states are not less strict in their enforcement for facilities near downwind borders than for facilities elsewhere. The IU study suggests the discrepancy may come earlier in the process: in the decisions about where the facilities are sited.

The lingering question is whether facility location decisions result from state or local government action or from businesses or institutions that build and operate the facilities. Both have incentives, Konisky said. Governments may want to recruit jobs or protect their constituents from air pollution. Facility operators may wish to avoid "not-in-my-backyard" opposition.

Analysis by the researchers suggests both influences may be at work. Findings show the tendency toward free riding is more pronounced in states with less stringent environmental policy and those with aggressive economic development programs that pursue "smokestack" industries, suggesting state decisions are a factor. But it's also stronger in states with a high density of environmental organizations, suggesting businesses may make location decisions to avoid local opposition.

The researchers write about their study on the blog of the London School of Economics' United States Centre.