Could Viagra Help Prevent Alzheimer's Disease? Expert Source Available to Comment on This and Other Potential Breakthroughs as We Kick Off Alzheimer's & Brain Awareness Month 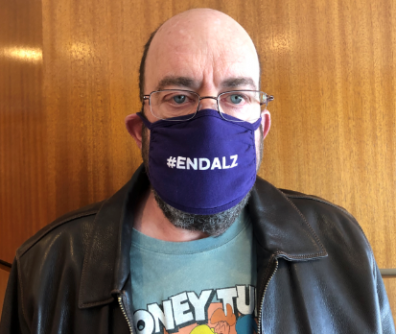 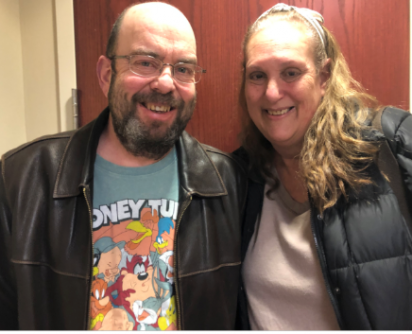 Drug repurposing offers a practical alternative to the costly and time-consuming traditional drug discovery process at a time when Alzheimer’s is set to impact nearly 14 million Americans by 2050.

Imagine being in the prime of your life and then finding out you or your partner has Alzheimer’s Disease.

About 5% to 6% of people with early onset Alzheimer's present symptoms before age 65 - that’s more than 300,000 Americans - including Sheldon Furman who received his devastating diagnosis at just 58 years of age.

In addition to this encouraging news about sildenafil, significant scientific advancements in our understanding of Alzheimer's has led to the first approval for a disease-modifying therapy in over two decades. Specialists at Hackensack University Medical Center’s Center for Memory Loss & Brain Health are studying a number of other options including cognitive therapies.

In honor of Alzheimer’s & Brain Awareness Month, this June, Sheldon and his wife Robin are willing to talk about what this disease has done to their lives. While it's a very sad story, they still have hope. We are scheduling media interviews for Sheldon and his family, along with one of our experts in Alzheimer’s. Please let me know if you’re interested. (Sheldon’s full story is below).

When Alzheimer’s Disease Strikes at an Early Age

Sheldon Furman was a typical father and husband but at 54, his life would take a drastic turn.

The father of two girls, suffered a massive heart attack, known as a widow maker, caused by a 100% blockage of the left artery.

“We thought we were going to lose him,” says Sheldon’s wife, Robin.

Thankfully, Sheldon survived the heart attack but shockingly, his family said they started to lose him in another way.

“We noticed that his memory and cognition were failing,” explains Robin.

“People with heart health issues are generally at higher risk for dementia, particularly Alzheimer’s,” says Manisha Parulekar, MD, chair of the Division of Geriatric Medicine and co-director of the Center for Memory Loss and Brain Health at Hackensack University Medical Center who added that Sheldon also had a family history of the disease, his mother suffered from it.

“It was devastating to receive Sheldon’s Alzheimer’s diagnosis, we have our whole lives ahead of us and one child still in high school,” said Robin.

The Alzheimer’s Association reports that more than 6 million Americans are living with Alzheimer’s and it’s predicted that number will double to 13 million by 2050. Alzheimer’s disease most commonly affects older adults, but it can also affect people in their 30s 40s and 50s, like Sheldon.

Sheldon is no longer able to work. His wife says he has good days and bad days but he no longer remembers most of their friends or what their life was like prior to this disease. His experience, however, has given him a new life’s mission.

“I would like to be an ambassador for Alzheimer’s,” he remarks. “If I could help raise enough awareness, perhaps one day there will be a medication that could help others, but I don’t think that will happen in my lifetime.” As you can see from Sheldon’s facebook page, he does all he can to help raise money and awareness for this crippling disease.

“It’s really tough, in a way, I did lose him to some degree but I haven’t yet lost hope,” says Robin.

Sheldon is now a patient with the Center for Memory Loss and Brain Health at Hackensack University Medical Center where Dr. Parulekar and team are working to prolong his cognitive abilities and improve his quality of life.

“A diagnosis of a memory disorder such as Alzheimer’s disease is scary and impacts all aspects of a patient’s life, not to mention their family’s. The Center for Memory Loss and Brain Health at Hackensack University Medical Center aims to provide an innovative and holistic approach to support patients and families.”