The COVID-19 pandemic has demonstrated the impact of lockdowns and restrictions on designer drug use in 10 different countries over the 2020/21 New Year period, according to a new study led by the University of South Australia.

The shutdown of the Colonial gas pipeline in May 2021 had a disastrous impact on many sectors of the U.S. economy, particularly those dependent on the country’s transportation infrastructure. The incident was a warning that the failure of one critical infrastructure has a ripple effect on others, leading to sometimes serious human and economic consequences.

Headaches, fatigue and ‘brain fog’ are some of the most common signs of this debilitating post-COVID condition. It’s one of the more mysterious aspects of COVID-19—a condition called long COVID. While most people recover from the virus within two to four weeks, others can struggle for months afterward with lingering, often debilitating symptoms. 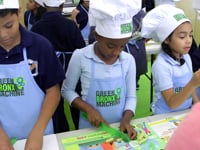 In recognition of its impact on urban agriculture, education, food insecurity and access to healthy foods, Green Bronx Machine has been honored with a 2021 Classy Award for Social Innovation. 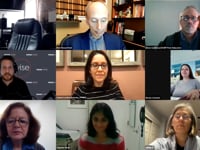 Beyond Delta and Omicron: Plant-Based Nutrition for Whole-Body Health in the Age of COVID: Live Expert Panel for December 7th, 2PM EST

Beyond Delta and Omicron: Plant-Based Nutrition for Whole-Body Health in the Age of COVID

A combination of vaccination and naturally acquired infection appears to boost the production of maximally potent antibodies against the COVID-19 virus, new UCLA research finds.

The 2022 New Orleans Book Festival at Tulane University will host its inaugural weekend, March 10-12, with a three-day, in-person literary celebration featuring more than 100 national, regional and local authors, including some of the nation’s most beloved bestsellers. The festival is free and open to the public. A schedule of events will be released in early February.

Scientists have for the first time obtained stem cells from livestock that grow under chemically defined conditions, paving the way for manufacturing cell cultured meat and breeding enhanced livestock.

Covid-19 not only affects humans; our closest relatives, the great apes, are also at risk.

The state of video-based telemedicine for kidney disease care

• Video-based telemedicine is used to facilitate care across all stages of chronic kidney disease. • Video-based telemedicine has evolved in recent years to be less reliant on specialized equipment and has allowed patients to receive kidney care in a location of their choice. • Further work is needed on approaches to sustainable integration and minimizing barriers to access.

Climate change and warmer conditions have altered snow-driven extremes and previous studies predict less and slower snowmelt in the northern United States and Canada. However, mixed-phase precipitation—shifting between snow and rain—is increasing, especially in higher elevations, making it more challenging to predict future snowmelt, a dominant driver of severe flooding. Researchers at the University of New Hampshire took a closer look at previous studies, and because geographical areas respond differently to climate change, they found future snowmelt incidences could vary greatly by the late 21st century. Snowmelt could decrease over the continental U.S. and southern Canada but increase in Alaska and northern Canada resulting in larger flooding vulnerabilities and possibly causing major societal and economic consequences including costly infrastructure failures.

A reporter's PressPass is required to access this story until the embargo expires on 10-Dec-2021 11:00 AM EST The Newswise PressPass gives verified journalists access to embargoed stories. Please log in to complete a presspass application. If you have not yet registered, please Register. When you fill out the registration form, please identify yourself as a reporter in order to advance to the presspass application form.

The Tipping Point for Legislative Polarization

A predictive model of a polarized group, similar to the current U.S. Senate, demonstrates that when an outside threat – like war or a pandemic – fails to unite the group, the divide may be irreversible through democratic means. 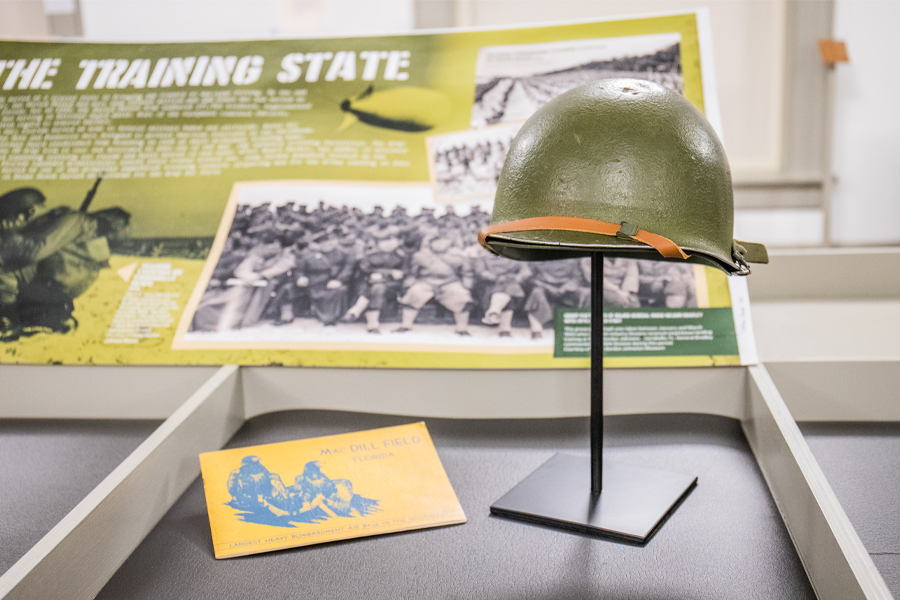 When the United States entered World War II in 1941, Florida was a mostly rural and agricultural state, a relatively unpopulated place compared to the rest of the country. By the time the war ended, federal spending for military bases and an influx of service members had begun a transformation that continues to this day.

Selecting an anti-seizure medication for epilepsy is sometimes more art than science. Research is working to change that.

Deciding which medication to prescribe for a new epilepsy diagnosis is an issue without much guidance. The second Standard And New Anti-epileptic Drugs study (SANAD II) compared medications for both focal and generalized epilepsies.

The Spirit of Giving

During this festive time of year, the CSU is taking the opportunity to give back to its community.

The last common ancestor of chimps, gorillas and humans developed an increased resistance toward cobra venom, according to University of Queensland-led research.

A reporter's PressPass is required to access this story until the embargo expires on 9-Dec-2021 9:00 AM EST The Newswise PressPass gives verified journalists access to embargoed stories. Please log in to complete a presspass application. If you have not yet registered, please Register. When you fill out the registration form, please identify yourself as a reporter in order to advance to the presspass application form.

This ethereal image, captured from Chile by the international Gemini Observatory, a Program of NSF's NOIRLab, looks as delicate as a butterfly’s wing. It is, however, a structure known as the Chamaeleon Infrared Nebula, which is located near the center of the mammoth Chamaeleon I dark cloud, one of the nearest star-forming regions in our Milky Way.

Research Organization of Information and Systems

Penguins may not require passports to travel, but they do need protection, according to an international research team who analyzed 131 scientific papers on penguin movement at sea.

Seizures and memory problems in epilepsy may have a common cause

Damage to a part of the brain that regulates hyperactivity can contribute to both memory problems and seizures in the most common form of epilepsy, according to research at the University of Wisconsin–Madison. The study, published recently in the Journal of Neuroscience, may lead to earlier diagnosis of epilepsy and possibly new ways to treat epilepsy and other disorders that share symptoms, like Alzheimer’s disease, traumatic brain injury and autism spectrum disorder.

Henry Ford West Bloomfield Hospital has earned re-certification as a Thrombectomy-Capable Stroke Center from The Joint Commission, an independent, not-for-profit organization that accredits and certifies more than 22,000 healthcare organizations and programs in the United States.

Using artificial intelligence, a team of University at Buffalo researchers has developed a novel system that models the progression of chronic diseases as patients age.

A cirurgia de osseointegração ajuda amputados a recuperar a mobilidade

A reporter's PressPass is required to access this story until the embargo expires on 9-Dec-2021 5:00 AM EST The Newswise PressPass gives verified journalists access to embargoed stories. Please log in to complete a presspass application. If you have not yet registered, please Register. When you fill out the registration form, please identify yourself as a reporter in order to advance to the presspass application form.

Physicians and researchers presented the latest scientific developments into pulmonary fibrosis and interstitial lung disease at its biennial PFF Summit in November. Registration is still open at PFFSummit.org to view all sessions on-demand through Feb. 20, 2022.

New research from the Cornell College of Veterinary Medicine has revealed how humans evolved greater resistance against anthrax multiple times during history: when they developed a diet of more ruminants, and when agricultural practices took hold.

Researchers inspired by natural cells are developing their own materials made of interconnected microscopic shapes. But synthetic materials can’t be reshaped as many ways as biological materials without breaking apart and being rebuilt from scratch. This study introduces a new way to manipulate a material’s arrangement of cells at the microscale using a simple liquid, opening new possibilities for innovative materials.

REsearchers at Johns Hopkins Medicine, the University of Maryland Medical Center, the University of Maryland School of Medicine and four other collaborators report that a rapid antigen detection test for SARS-CoV-2, the virus that causes COVID-19, proved more effective than expected when compared with virus detection rates using the established standard test, the polymerase chain reaction (PCR) assay.

Mark Noakes, a senior researcher in advanced manufacturing at Oak Ridge National Laboratory, has been recognized by the American Nuclear Society’s Robotics and Remote Systems Division with the 2021 Ray Goertz Award for his outstanding contributions to the field of remote technology in hazardous environments.

A reporter's PressPass is required to access this story until the embargo expires on 10-Dec-2021 12:00 PM EST The Newswise PressPass gives verified journalists access to embargoed stories. Please log in to complete a presspass application. If you have not yet registered, please Register. When you fill out the registration form, please identify yourself as a reporter in order to advance to the presspass application form.

A reporter's PressPass is required to access this story until the embargo expires on 9-Dec-2021 11:00 AM EST The Newswise PressPass gives verified journalists access to embargoed stories. Please log in to complete a presspass application. If you have not yet registered, please Register. When you fill out the registration form, please identify yourself as a reporter in order to advance to the presspass application form.

In Applied Physics Reviews, by AIP Publishing, researchers from China and the United States examine how biology triggers morphological changes in certain types of nanoparticles. These types of particles are called smart transformable nanoparticles, because they can alter their size and shape upon stimulation from their surrounding environment.

You can help scientists study the Sun

University of Minnesota College of Science and Engineering

A new citizen science project, led by researchers at the University of Minnesota with support from NASA, allows volunteers to play an important role in learning more about the Sun by using their personal computers.

In Review of Scientific Instruments, from AIP Publishing, researchers from Germany and China outline the development of a flexible and easy-to-use micropen setup, capable of directly writing on surfaces to a microprecise level. The micropen is held over an ink reservoir as ink is drawn into the pen nozzle. Once filled, the nozzle is positioned for writing onto a tabletop surface.