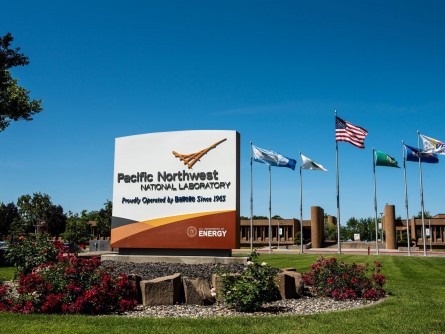 The Millimeter-Wave Shoe Scanner uses imaging to detect concealed objects in footwear. It could potentially be integrated into the floor of a body-scanning portal, which PNNL also developed. Anyone who travels can recognize the potential benefit: Passengers would not need to remove their shoes to pass through airport security, thus reducing a bottleneck in screenings. PNNL partnered with the U.S. Department of Homeland Security, Science and Technology Directorate to build the shoe scanner. The scanner builds on PNNL's pioneering research in optical and acoustic holography dating back to the 1960s. Scientists and engineers determined how to use millimeter waves to penetrate clothing and scan for concealed objects, resulting in commercial body scanner systems.

The Tree Micro-Injector delivers nutrition, pesticides and fungicides faster and easier than similar commercially available injectors. The device resembles a laboratory syringe, with an exterior housing holding a uniquely designed compressible pod. The housing and pod are made of polypropylene, a versatile, recyclable material. An internal steel spring holds the pod in place and allows it to be precisely compressed to eject a liquid formulation through the housing’s nozzle. The single-use disposable pod can be prefilled with a variety of specialty formulations, such as nutrition fertilizers, pesticides, fungicides or plant growth regulators. PNNL partnered with two companies to develop the Tree Micro-Injector.

Home Energy Score (HEScore) is a free, web-based tool for homeowners who want to monitor the energy efficiency of their homes. HEScore generates a customized rating for a home’s energy use. The scoring tool translates home facts—square footage, number of rooms and heating/cooling systems—into a numerical rating of its energy performance compared to other homes. The website, the first tool of its kind, has been under development since 2012. Starting in 2015, PNNL, Lawrence Berkeley National Laboratory and the National Renewable Energy Laboratory collaborated through 2021 to improve the design. HEScore users include homeowners, buyers, renters, energy auditors and software developers.

This year’s FLC winners will be recognized at the 2022 FLC national meeting April 6, in Cleveland, Ohio.

Pacific Northwest National Laboratory draws on its distinguishing strengths in chemistry, Earth sciences, biology and data science to advance scientific knowledge and address challenges in sustainable energy and national security. Founded in 1965, PNNL is operated by Battelle for the U.S. Department of Energy’s Office of Science, which is the single largest supporter of basic research in the physical sciences in the United States. DOE’s Office of Science is working to address some of the most pressing challenges of our time. For more information, visit https://​ener​gy​.gov/​s​c​ience. For more information on PNNL, visit PNNL's News Center. Follow us on Twitter, Facebook, LinkedIn and Instagram. 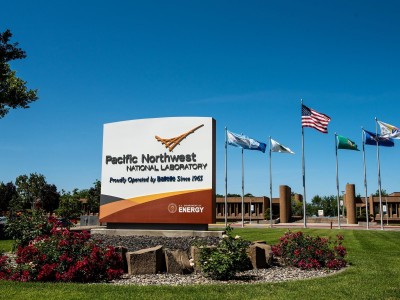 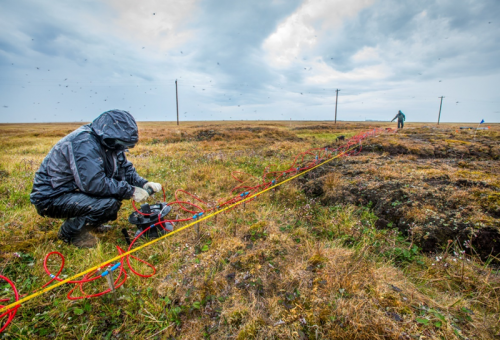