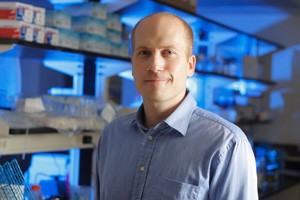 A report Thursday from the Centers for Disease Control and Prevention described how this year’s seasonal flu vaccine has only been nine percent effective in protecting people 65 and older against the strain of influenza currently in circulation. (As seen in this Associated Press story.

Wistar immunologist Scott Hensley, Ph.D., who studies influenza, offers some insight on the news from the CDC:

“It is unknown why this year's vaccine was ineffective in the elderly population. We know that old folks’ immune systems work less well, in general, compared to younger people. There are various defects in the immune response of older individuals, so we can only speculate why the elderly mounted a poor response to this year's vaccine.

“It was noted in the 1950s that individuals tend to mount antibody responses against previously circulating influenza strains at the apparent expense of mounting antibody responses against new antigenically distinct viral strains. We are currently investigating whether this process, termed 'original antigenic sin', occurred in older individuals that received this year's influenza vaccine. Even though this year's vaccine did not work particularly well in the elderly, it is worth emphasizing that influenza vaccines are still the best protection against influenza.

Hensley studies influenza and the phenomena of “antigenic drift,” that is, how mutations alter the surface molecules on the flu virus over time. Vaccines enable the immune system to produce antibodies against these surface molecules (recognized as “antigen”), however, mutations in these molecules allow for new vaccine-resistant influenza strains to appear continually. Antigenic drift is what requires scientists to develop a new flu shot each year.

Hensley and his colleagues at The Wistar Institute Vaccine Center are in pursuit of a “universal vaccine” for seasonal influenza, a single vaccine that will enable people to forgo an annual flu shot.